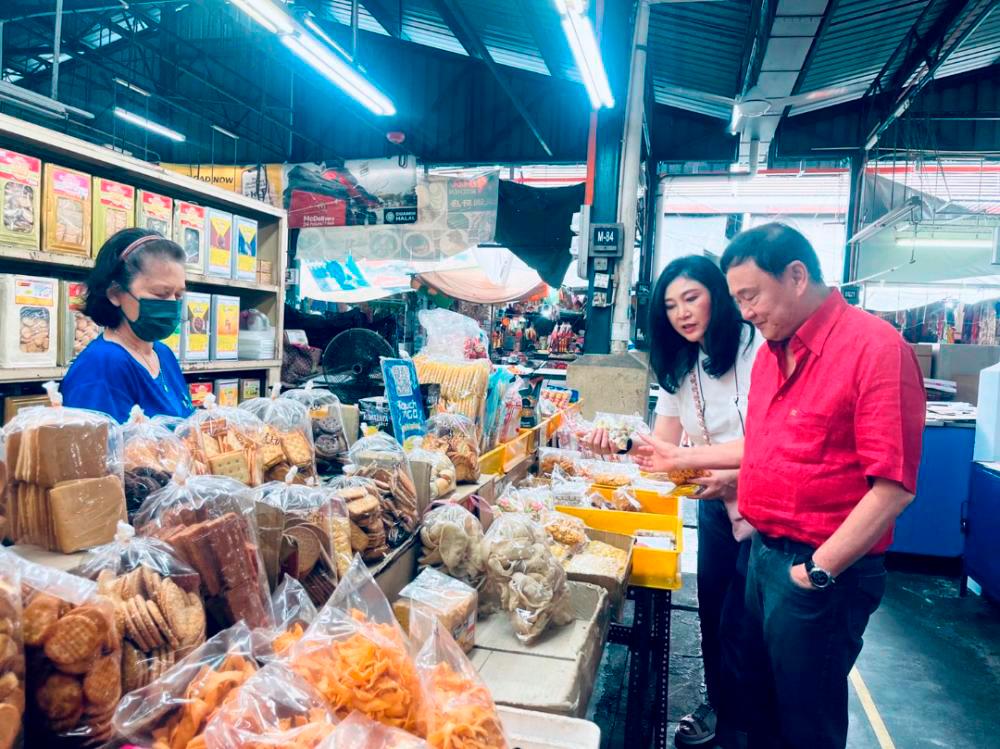 GEORGE TOWN: The Penang police have confirmed that Thailand’s former prime minister Thaksin Shinawatra and his sister, Yingluck Shinawatra, are in the state and they had assigned police personnel to escort them due to security concerns.

Penang police chief Datuk Mohd Shuhaily Mohd Zain said the police escort was provided as both are well-known persons of interest as both were former prime ministers of Thailand.

“The security control provided to them is out of concern that there might be parties with malicious intent against them. We police carry out our duties for security, there is no other issue and I feel this should not be politicised as the police are only carrying out our responsibilities from the aspect of maintaining security,” he told reporters here today.

He added that if something untoward happened to Thaksin and Yingluck, everyone would blame the police for failing to ensure public safety in the state.

Photos of Thaksin and Yingluck at several popular locations in Penang had gone viral two days ago, and Yingluck herself had uploaded 16 photos on her Facebook yesterday.

Both siblings served as prime ministers of Thailand, Thaksin from 2001 to 2006, and Yingluck from 2011 to 2014. Both are living in exile after being disposed of by military coups. - Bernama 2.Friday sermons should not touch on politics: Ahmad Marzuk