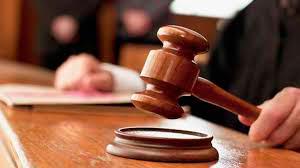 Muhammad Afiq Mohamed Zahari, 28, made the plea after the charge against him was read out before Judge Ahmad Bazli Bahruddin.

According to the charge sheet, he allegedly committed the offence with sexual intent by touching the girl’s shoulders from behind using his hands, in a school compound, near here, at about 5.14pm on Jan 25.

He was charged under Section 14(a) of the Sexual Offences Against Children 2017, punishable under Section 14 of the same act which carries a maximum 20 years jail sentence and whipping, upon conviction.

Deputy public prosecutor Mohd Faizudin Sulaiman appeared for the prosecution, while the accused was unrepresented.

The court allowed bail of RM15,000 with one surety, with an additional that the accused has to present himself to the nearest police station every month and he is not allowed to disturb the victim.

The re-mention of the case has been fixed for March 1. -Bernama

2.WHO says vaccination, not travel curbs, key to battling Omicron

3.PM: RM73.5 mln worth initiatives for hawkers and petty traders