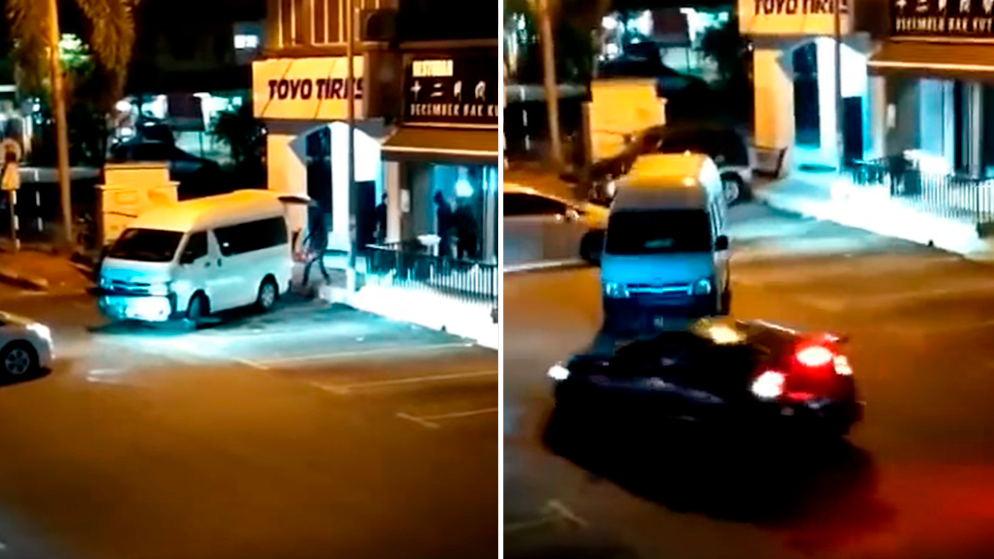 Screengrab from the video of the heist.

KAJANG: A feisty security guard on duty at a computer store single-handedly took on a gang of 15 robbers who had broken into the place at Bandar Damai Perdana, Batu 9 in Cheras on Saturday.

The robbers, who were armed with baseball bats, had arrived in four vehicles, including a van, at about 6am and attacked the security guard.

It is learnt that as the guard fled from the scene, the crooks managed to break into the store and cart away computer hardware.

While they were busy loading the items into their van, the security guard jumped into his car and blocked the path of the van.

Two video clips of the heist, believed to have been taken by a bystander nearby, showed the robbers who wore face masks and dark jackets going about the crime as an alarm blared away at the premises .

In another video, the security guard blares his car horn continuously to draw attention before crashing his car into the van and blocking it. At one point, his actions angered a burglar who hurled an object at his car.

Despite his brave attempt to stop the burglars, they managed to jump into their vehicles and escape with the stolen loot.

Mohd Zaid urged those with information on the case to contact Kajang police at 03-89114222 or the investigations officer Insp Muhammad Azrul Nizam Zainal Abidin at 016-9985730.