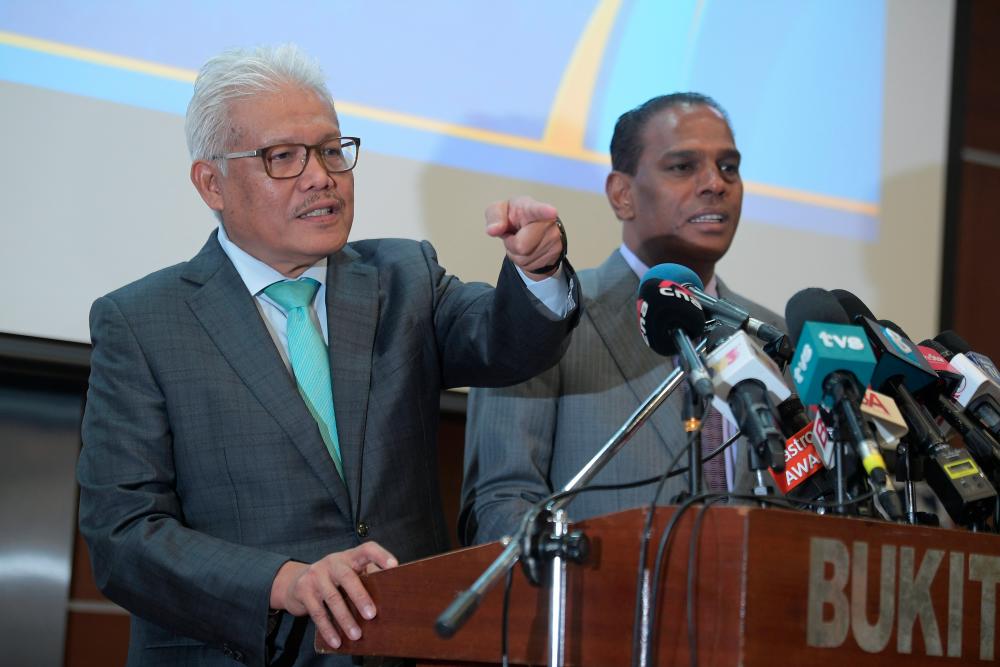 The Home Minister said this was because the country’s current political and administrative situation differed from the time when Barisan Nasional (BN) was the dominant party in the government.

“The Constitution states that the Prime Minister can advise the Yang di-Pertuan Agong to dissolve (Parliament) after discussing the matter with Cabinet ministers, but some quarters are saying there is no need for that because it was not like that before.

“It was not done previously because (the government) was dominated by one party, Barisan Nasional, but now there are many (parties) in the government, and so the Cabinet’s views must be sought as this is stipulated in the Constitution,” he said.

Hamzah was speaking to reporters after the closing ceremony of the Sabah zone ‘Kita Demi Negara’ programme here today.

The UMNO Supreme Council which met on Friday decided that GE15 should be held this year.

UMNO secretary-general Datuk Seri Ahmad Maslan said that based on that decision, the Prime Minister will present the proposed date of the dissolution (of Parliament) to the Yang di-Pertuan Agong in line with Article 40 (1) of the Federal Constitution. - Bernama Footballers’ brains likely to decline more than average person after 65

Footballers’ brains likely to decline more than average person after 65 US FTC sues to block Microsoft's US$69b buyout of Activision

3.Tiger to compete with McIlroy in made-for TV match

5.Footballers’ brains likely to decline more than average person after 65