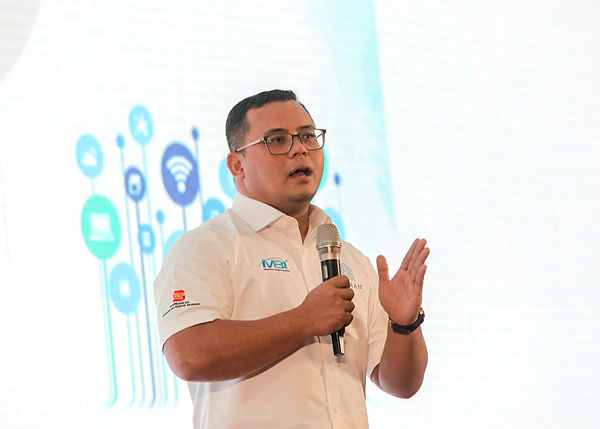 KUALA LUMPUR: The Selangor government aspires to be Southeast Asia’s premier Smart State by 2025, by leveraging on smart technology and innovations.

Mentri Besar Amirudin Shari said under the Smart Selangor initiative, it would provide solutions to the needs and problems of the people, as well as enhance the state’s socio-economic prospects and create more high-value opportunities for business and investments.

“Smart Selangor is unique in the sense that it is the only one in the world to take the concept beyond established urban hubs.

“The goal of Smart Selangor is to ensure that everyone in Selangor from city dwellers to kampung folk, from white-collared executives to fisherman and farmers can reap its benefits,” he said in his keynote address at the Selangor Regional Powerhouse forum, here, today.

The Smart Selangor initiative started in late 2015 with the vision of being ranked in the top 20 smart cities in the world, with an idea to leverage on the Internet of Things (IoT) solutions to improve the quality of life for all its people.

It has listed 12 domains under the project’s master blueprint such as Smart Waste Management, Smart Digital Infrastructure, Smart Governance and Smart Education.

Amiruddin said Selangor had come a long way over the years and was proud to be the most advanced state in the country, and it was time for the state to take the next step up to a higher level.

“When it comes to digital infrastructure, our high-speed Internet penetration rate is 60 per cent this year, and under the Smart Selangor initiative, we aim to increase it to 100% by 2025,” he said.

Amiruddin said Selangor had long been Malaysia’s economic champion with a gross domestic product (GDP) of approximately US$80 billion (RM329.40 billion) last year and contributed almost a quarter of the national GDP.

Moving forward, Amirudin said the state government was also increasing its focus on various clusters such as aerospace, automotive, agriculture and agro-technology, maritime, education and eco-tourism to further add value to Selangor’s economy.

Selangor Regional Powerhouse is a one-day forum which ropes in 500 global dignitaries comprising policy makers and industry leaders to discuss investment opportunities in Selangor and how the state government and industries could work together for mutual benefit and in optimising the state’s ideal ecosystem and infrastructure. — Bernama

1.Discussions on sea VTL expected as early as January