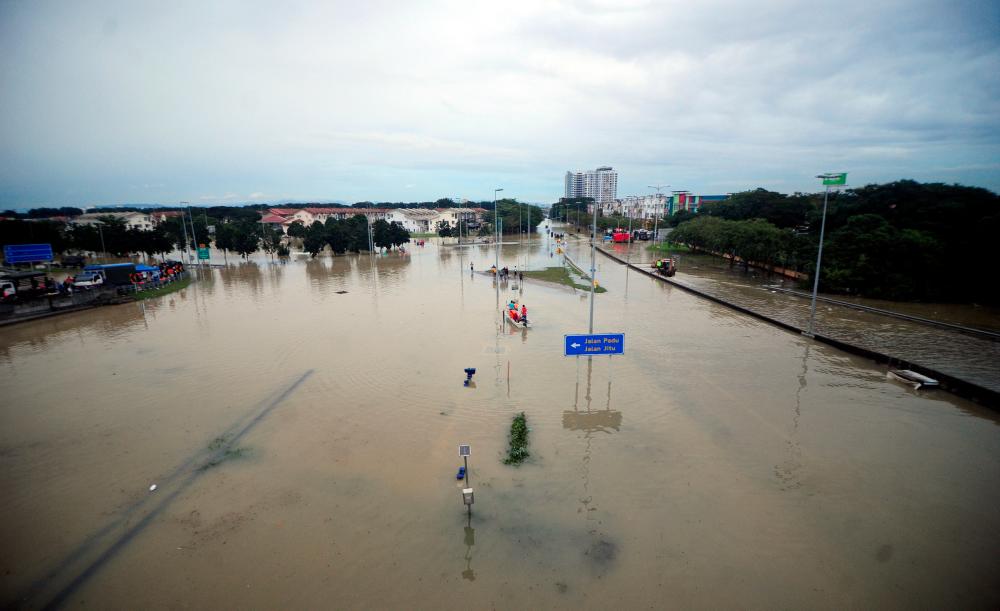 SHAH ALAM: The body of a man, in his 30s, believed to be the first drowning victim of the floods in Selangor, was found at the main entrance to Alam Idaman Apartments, Section 22 near here last night.

The case has been classified as a sudden death report (SDR), he said in a statement.

Earlier, the discovery of the body went viral on social media after the floodwater level in front of the apartment began to recede.

Meanwhile, Selangor Fire and Rescue director Norazam Khamis denied allegations on Twitter claiming that private boats were not allowed to be used to rescue flood victims in the Taman Sri Muda, Seksyen 25 area.

“No. We did not say that but it can be risky if the boat is involved in an accident,” he said. — Bernama Messi happy to qualify for semis 5.Messi happy to qualify for semis