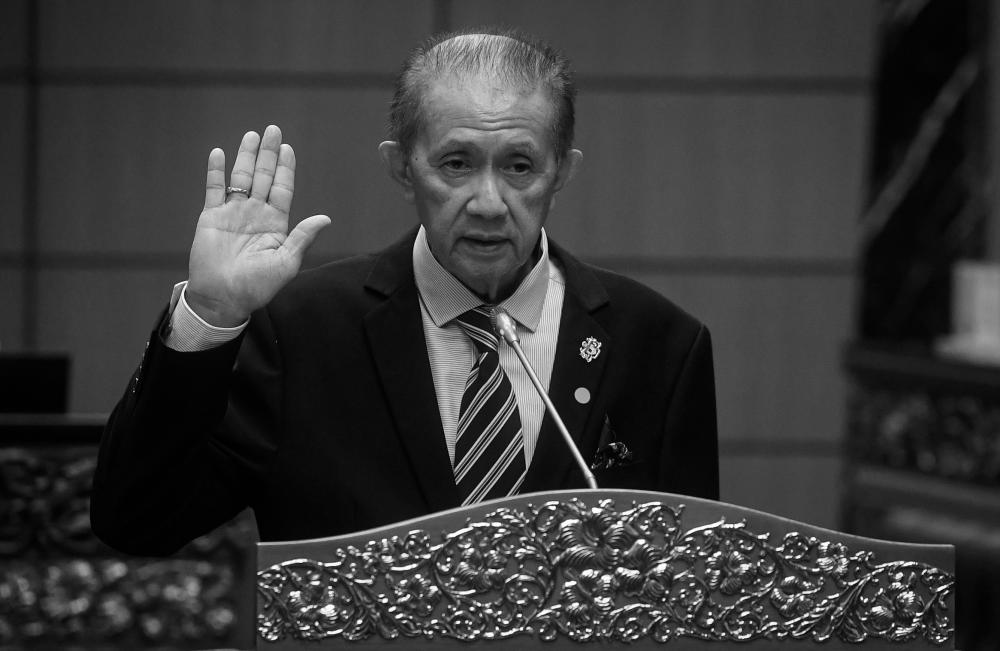 “We are saddened to inform you that Senator Datuk Guan Dee Koh Hoi passed away at 4.50pm, Oct 26, 2021 at the Kuala Lumpur Hospital. Let us all together pray for him and his family,” the STAR Sabah said in a statement on its Facebook page today, although it did not state the cause of death.

Guan Dee was sworn in as a senator on Dec 16, 2020, and made Deputy Tourism, Arts and Culture Minister on April 16 last year before the Cabinet was dissolved after Tan Sri Muhyiddin Yassin resigned as Prime Minister on Aug 16.

Kitingan said Guan Dee was admitted to hospital at 5am earlier today after complaining of chest pains.

“He was my most loyal ally and my dearest friend. He has been with me through thick and thin, even when I had nothing, he has never left as my aide. It would be very difficult to replace him,“ he said in a statement today.

PN chairman Tan Sri Muhyiddin Yassin, meanwhile, said Guan Dee was among the founding figures in the establishment of PN and contributed a lot to the country and the party.

Muhyiddin described him as a humble and diligent person in building PN not only in Sabah, but also at the national level.

“Senator Datuk Guan Dee’s passing is a great loss for Perikatan Nasional and the entire country, especially the state of Sabah. I express my condolences to his entire family and hope they will be strong in facing this sad situation,” he said in a statement today. — Bernama