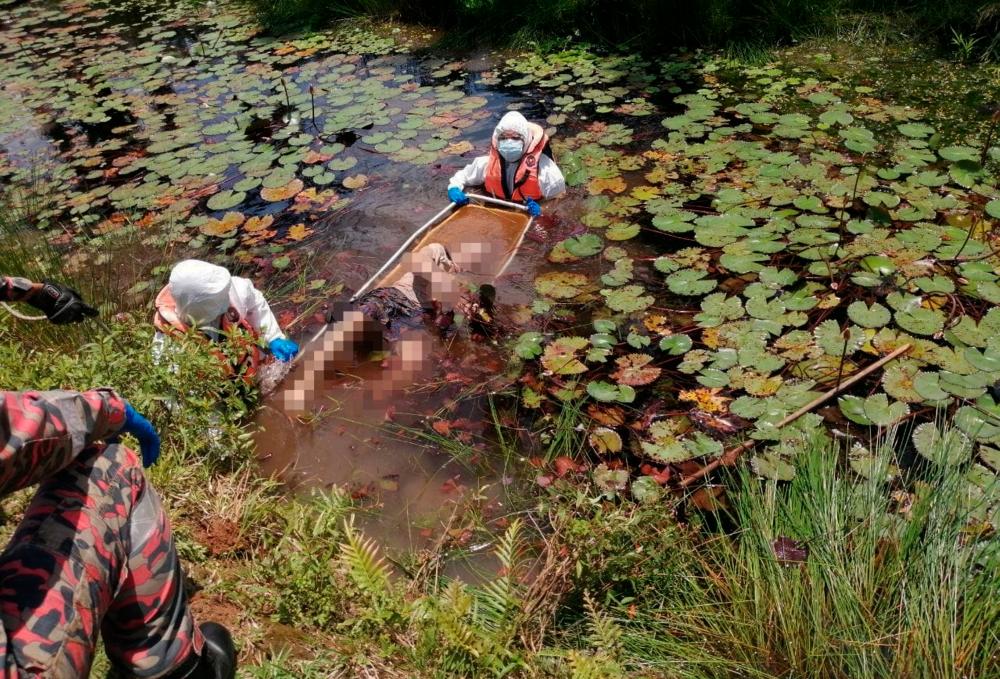 BATU PAHAT: A senior citizen who did not return home last night, was found drowned in a ditch in Kampung Parit Betong, near here at 11.54 this morning.

He said, an operation to rescue the victim Jamyah Abd Halim, 73 (pix) involving a Fire Rescue Tender (FRT), a Hilux utility vehicle and two rapid intervention motorcycle (RIM) with 10 personnel from the Penggaram station was launched.

“When we arrived at the location, we found the victim was already in a five-foot deep ditch and it took us five minutes to extract the victim.

“We have to put on personal protective clothing after we found out that the victim was a “Person Under Surveillance (PUS) and surrendered her body to the police for further action,” he said in a statement today.

Meanwhile in Shah Alam, a four year-old girl was feared drown after she fell into a drain along Jalan Bunga Tanjung 4, Kampung Baru Hicom, near here at 6 pm this evening.

Selangor Fire and Rescue director, Norazam Khamis in a statement said they received a call about the girl, who is a daughter of an Indonesian with permanent resident status from the police at about 6.18 pm and arrived about 12 minutes later.

“Rescue is being carried out by the Fire and Rescue Department. We fear the child might have been swept away by strong currents heading towards Sri Muda after falling into the 1.3 x 1.6 meter drain, he said in a statement today.

In another incident, Norazam said he received a report of a 1.3 meter flash flood at Jalan Renang 13/26 in Section 13 near here at about 5.09 following a heavy downpour this evening.

However there were no reports of individuals involved or injured in the incident.

Water had also subsided and the situation is under control.- Bernama

2.Helping to light up lives of poor and deprived during the Festival of Lights

3.Ahmad Faizal on the defensive over Pandelela allegation