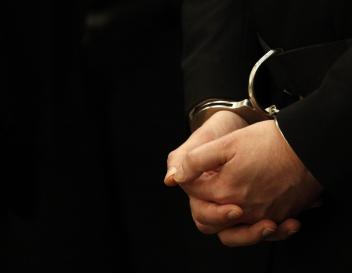 KUALA LUMPUR: A senior officer of the Penang National Registration Department (NRD) was among 20 people arrested by police in a swoop against a syndicate specialising in selling Malaysian identification documents to foreigners especially Chinese nationals for between RM100,000 and RM600,000.

The officer who is believed to be an assistant director of the Penang state NRD had allegedly colluded with the syndicate members to produce MyKads, birth certificates and passports to facilitate the entry of the foreigners.

He said in simultaneous raids in Penang, police arrested 17 Malaysians including two women and three foreign nationals comprising of a Chinese woman, a Chinese man and an Indian man, all aged between 32 and 70.

In the operation, among the many items police seized from the suspects were 34 passports, 11 MyKads, 58 copies of passports, six cars and NRD application forms

“The suspects were made up of agents, middlemen, the mastermind and those in possession of fraudulent Malaysian travel documents. Our investigations showed that they sought foreigners who were keen on acquiring Malaysian citizenship before contacting an individual who works at the Penang NRD to issue the birth certificate and MyKad illegitimately. This was done when the process of updating data (of the NRD) was being carried out. This individual had also directed several NRD staff to assist him in the production of the documents without them being aware it was illegal. Depending on the demands made by the syndicate, it made between RM100,000 and RM600,000 from each foreigner for the documents.” Huzir said.

He said police had submitted its findings to the public prosecuters office and have received orders last week to charge the NRD officer and five others who were arrested under laws of Anti-Trafficking in Persons and Anti-Smuggling of Migrants Act (Atipsom) .

Huzir said police are in the midst of tracing other members of the syndicate who are still at large.

The activities of the syndicate was exposed in May when a female Chinese national was arrested by the Seberang Jaya immigration department after she attempted to apply for a Malaysian passport using an illegal MyKad in her name.

The woman was held after she was unable to speak a word of Bahasa Malaysia when quizzed by immigration officers.

The foreigner was handed over to police for investigations and was charged in court for the offences two weeks later, where she pleaded guilty.

On May 31, the NRD lodged a police report on the fraudulent activities before police launched a full scale investigations.

Meanwhile, Bernama reported that the NRD assistant director who is in his 40’s and was arrested under the Security Offences (Special Measures) Act 2012 (Sosma) is expected to be charged in court for several offences in Penang tomorrow.