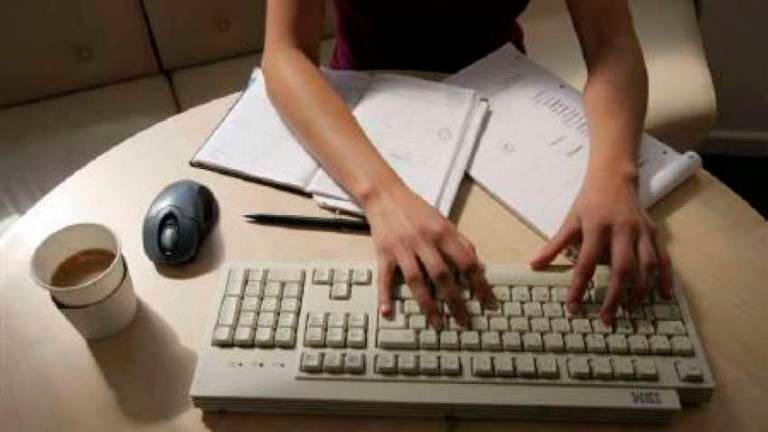 PETALING JAYA: A lifetime of spending eight hours a day, five days a week at the office is difficult to rub off for 57-year-old Mary Sanda.

She is struggling to adjust to working from home (WFH), which is mandatory now that the country is under lockdown to stem the spread of Covid-19.

“Sitting in front of the computer for long periods gives me a headache and that indirectly triggers anxiety,” the operations administration personnel told theSun.

Worse than that, she now finds herself working beyond 6pm, a time she would have clocked out had she been working at the office.

Mary is among many people who are already in the twilight years of their careers, having a difficult time adjusting to a work culture they are unfamiliar with.

WFH removes the traditional boundary between office and domestic responsibilities, and Gen-Xers (those aged 41 to 56) and Baby Boomers (aged 57 to 75) are not used to it, according to Heriot-Watt University Malaysia professor of positive psychology Deborah Hall.

But having to blend work with domestic routines is just part of the problem. Older workers, being less tech-savvy, are also having trouble functioning without the support of office resources.

Hall cited a 2017 study by Nominet, a UK nominee for domain names, that clearly illustrates the chasm between the young and old in adapting to the digital age.

According to the study, only 23% of baby boomers are able to grasp the intricacies of digitalisation, compared with 64% of millennials (aged 25 to 40). Gen-Xers are somewhere in between at 46%.

On the whole, people of all ages who are used to working at the office have a difficult time adjusting to WFH, unlike their peers in the informal sector.

According to a survey by market research firm Ipsos, 63% of Malaysian workers struggle to strike a work-life balance.

Family responsibilities, feelings of isolation and loneliness and an unfavourable working environment at home have been cited as factors for this phenomenon.

When the line between work hours and personal time is blurred, it can lead to burnout, according to Aisling Group founder and managing director Melissa Norman.

“Studies have also shown that WFH has had an effect on mental health in Malaysia,” she said.

Baby boomers seem to have a more difficult time adjusting. Apart from having to struggle with new technology, which makes WFH a breeze for their children and grandchildren, baby boomers still believe they can return to the office once the pandemic is over.

“As a result, they do not want to fully immerse themselves in new technological and communications options,” said Leaderonomics leadership development expert and founder/CEO Roshan Thiran.

There are exceptions, though. Gen-Xer Jessinta Ann, 52, who works in banking and finance, and baby boomer Amita Nandi, 60, have adjusted well to WFH.

Jessinta likes the fact that she no longer has to commute while Amita said she has become more tech-savvy.

“But they will need strong social support from family, friends and colleagues and they must change their mindset.”

Melissa said employers can help by ensuring that the WFH system works well and by maintaining transparent communication between managers and their subordinates.

“It does not come as a surprise that older employees find it hard to adjust, but over time, they will be able to adapt to WFH.”