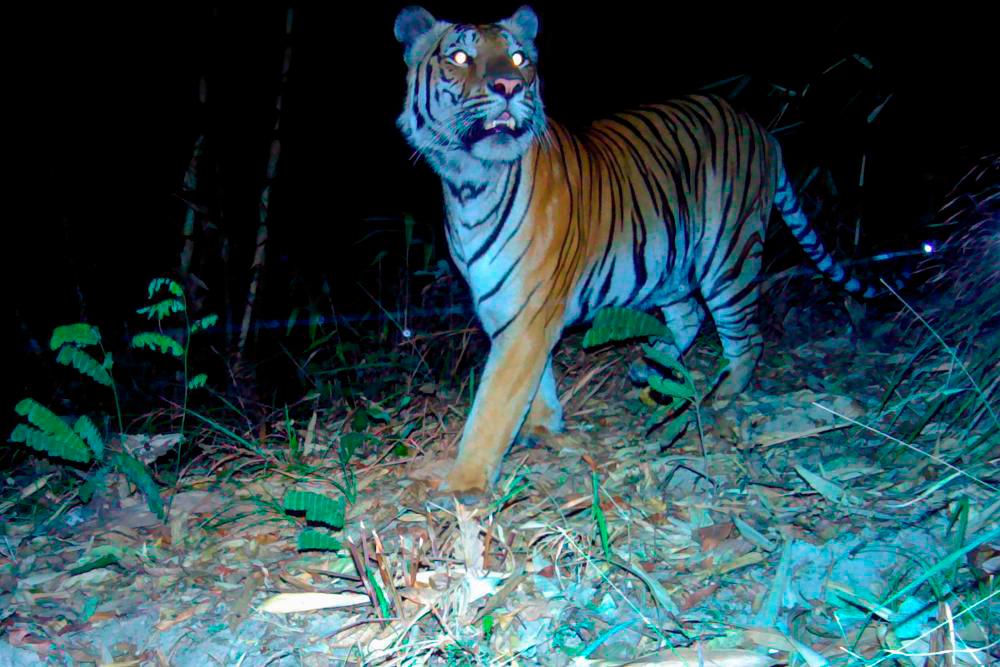 Pix for representational purpose only. AFPPIX

KOTA BHARU: Twenty-one members of the Senoi Praaq or Battalion 3 of the General Operations Force will remain stationed at the Orang Asli settlement near Pos Bihai, Gua Musang following the threat of tigers since last December.

Kelantan police chief Datuk Shafien Mamat said the team was deployed to the area on Jan 19 and was also assisted by police personnel from the Gua Musang District Police Headquarters to safeguard the villagers.

“The Wildlife and National Parks Department (Perhilitan) has also installed several traps in the village areas, especially in Pos Bihai,” he told reporters after the launch of Ops Selamat 17/2022 held in conjunction with the Chinese New Year celebration here today.

The Senoi Praaq, made up almost entirely of the Orang Asli members, are known to be agile, fearless and have a vast knowledge of the jungle.

Commenting on Ops Selamat, Shafien said police have identified 48 accident hotspots in the state, including four each in Gua Musang and Jeli; three in Pasir Puteh and two in Kuala Krai.

The operations will kick off from tomorrow until Feb 6 to monitor and reduce road accidents and burglary cases during the festive season, he added. - Bernama