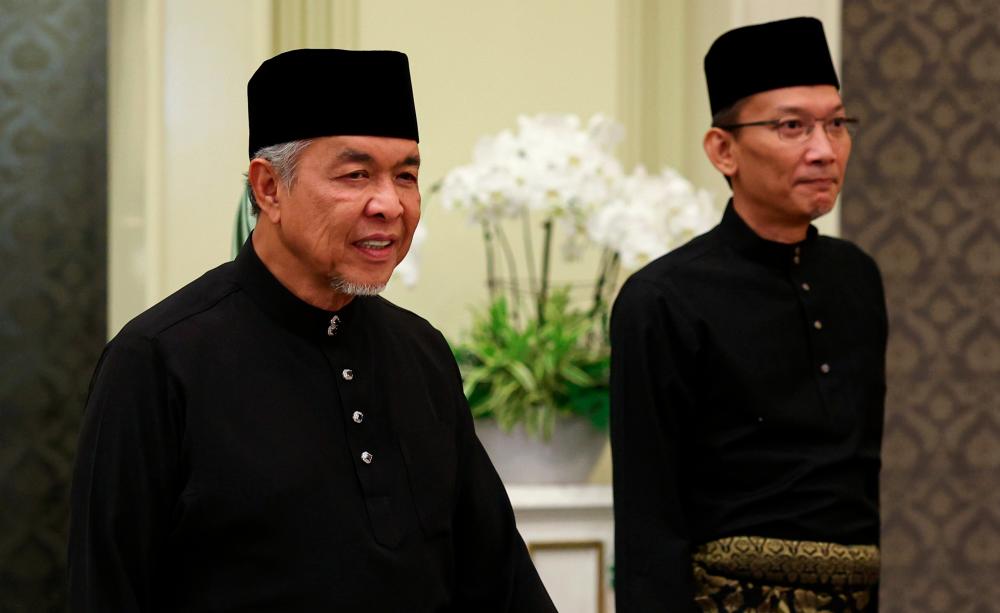 “We need to prioritise the people to create stability in the country to lure back foreign investors and encourage DDI (domestic direct investments),“ he told reporters after taking his oaths of office at Istana Negara here today.

Ahmad Zahid, who is also Rural and Regional Development Minister, said the Barisan Nasional (BN) leaders appointed to the Unity Government Cabinet could help to strengthen the country’s administration and management system.

He said the BN representatives had wide experience and were capable of discharging their responsibilities, including in implementing government policies.

Ahmad Zahid was among 27 ministers who were sworn in before Yang di-Pertuan Agong Al-Sultan Abdullah Ri’ayatuddin Al-Mustafa Billah Shah.

Meanwhile, Deputy Prime Minister Datuk Seri Fadillah Yusof said his appointment was historic and a big recognition as this was the first time a leader from Borneo was given the second highest post in the country’s administration.

He said this offered him wider opportunities to intensify efforts to realise the gist of what is contained in the Malaysia Agreement 1963 (MA63).

Fadillah, who is also Plantation Industries and Commodities Minister, said MA63 was among the main issues he planned to settle as soon as possible, and he had already discussed the matter with the new prime minister.

On his plans for the development of Sabah and Sarawak, Fadillah said he was fully committed to ensuring that the development gap between regions could be narrowed in various aspects, including socio and economic growth.

“Insya-Allah my hope is to narrow the gap between the three regions (Peninsula, Sabah and Sarawak),“ he added. - Bernama