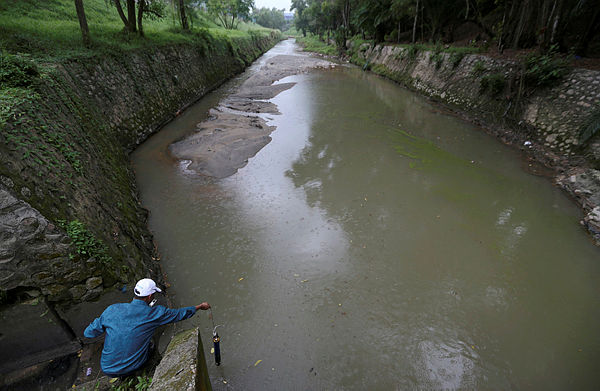 JOHOR BARU: A second witness to the toxic waste disposal trial in Sungai Kim River, yesterday, told the court that every officer in the Department of Environment (DOE) had been trained to be a subject matter expert in their respective fields.

The witness, Azlan Ahmad, who is the Senior Assistant Director in the Assessment and Development Section of the Hazardous Materials Division of DOE Putrajaya, said the training included attending intensive courses such as Certified Environmental Professional in Scheduled Waste Inspection (CePSWI).

“The department policy (DOE) has established that to be a subject matter expert, the relevant officer should undergo intensive training whether through local or overseas courses to become an expert in the field,“ he said.

He said this before Sessions Court Judge Wan Mohd Norisham Wan Yaakob during a retrial by Deputy Public Prosecutor (DPP) Muhammad Syafiq Mohd Ghazali on the third day of the trial, here today.

Azlan said that through the course, the DOE officers will be exposed to a variety of methods including classifying waste materials and not just focusing on inspections or enforcement on premises or factories.

Muhammad Syafiq: Earlier, the lawyer asked if you had the authority to make classified waste materials. Your answer is that you have that power but under Section 37 (A) of the Environmental Quality Act 1974 (Act 127) it states that you only have the power to investigate. Can you explain this further to the court?

Azlan: Department officials do have the authority to investigate when an officer enters a premises or to assist in an investigation, they need to know specifically whether a waste is subject to environmental regulations (Environmental Quality Act 1974 (Act 127).

So, the officer in particular when stationed (assigned), should carry out investigative tasks including making classification (waste). On that basis, I am a witness to this case.

Muhamad Syafiq: According to the Johor DOE letter dated March 17, 2019, you have been advised that the Johor DOE does not (until March 17) know exactly what those waste materials are and in response, you say you disagree. Why?

Azlan: As I mentioned earlier, basically, the officer has already received the initial information regarding the waste. (But) everything should be referred to my section (Putrajaya DOE Hazardous Materials Division) to get the assurance that the waste is SW331 oil sludge.

The three directors of the company, two of them Singaporeans Wang Jing Chao, 34, and Sim Wei Der, 50, and a local Yap Loke Liang, 36, were charged with collaborating with Maridass in disposing the scheduled waste into Sungai Kim Kim using the vehicles involved.

The four men were charged with committing the offence between 12.01am and 1am on March 7 at the site of the Sungai Kim Kim bridge-widening project site.

Maridass was charged under Section 34B (1) (a) of the Environmental Quality Act 1974, punishable under Section 34 B (4) of the same Act which carries a maximum jail term of five years and fine of RM500,000 upon conviction.

Wang, Sim and Yap, were charged under Section 34B (1) (a) of the Environmental Quality Act 1974, read together with Section 42 of the same act punishable by Section 34B (3) of the same act which carries imprisonment of not more than five years and fine not over RM500,000.

The charge was for failing to give notice of scheduled waste and failing to carry out periodic monitoring as prescribed by the act.