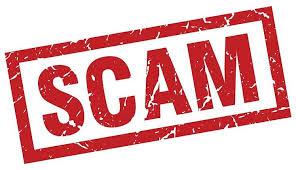 KUALA LUMPUR: Losing hundreds of thousands of ringgit after being a victim of fraudulent activities or scams is overwhelmingly painful and not something that is easy to face, especially when the people are plagued by financial problems due to the spread of Covid-19.

Fraud incident orchestrated by individuals disguised as government officials, authorities or even lovers is known to be causing extreme trauma and psychological nightmares for the victims.

Dr Firdaus Abdul Ghani, consultant psychiatrist at the Sultan Ahmad Shah Hospital, Temerloh, Pahang, said that individuals with impulsive behaviour and those who dare to take risks often become victims of such scams.

She stressed that these impulsive people often rush to follow their heart, and possess less self-control causing them not to think long and hard enough before making any decisions, besides easily trusting others and eventually falling for the deception.

“However, anyone can become a victim of a scam if they do not take precautionary measures, as of now there is no specific profile that shows a tendency of any individual to become a target of a scam.

“However, there are studies conducted in several countries showing that young people often become the target of scams involving online fraud, while women are often involved in love relationships and matchmaking scams, and the elderly are often associated with scams conducted by phone calls,” she told Bernama.

Explaining the trauma suffered by the victim, Dr Firdaus said that deceived individuals are more likely to experience psychological disorders such as difficulty sleeping, loss of appetite, stress, anxiety and symptoms of depression.

“There are also victims who suffer from panics and find it difficult to trust others, are less active on social media and tend to blame themselves for their bitter experiences.

“To reduce the trauma, victims are encouraged to talk about their feelings and incidents that happen, to family or close friends, to avoid feeling lonely and depressed because emotional and mental support is crucial at this time.

“Individuals who face such a situation need to reduce exposure to media such as television and newspapers as it may cause significant concern, and are advised to practice relaxation techniques (breathing techniques, muscle relaxation, meditation) and perform their religious worship to gain peace of mind,” she said.

This aims to provide emotional support and rebuild the spirit to reshape the thoughts and behaviours of victims who are experiencing extreme anxiety, that will affect their mental health.

“If the victim suffers from a very high level of trauma that carries the implications of disturbed mental health due to excessive and prolonged restlessness, they should be evaluated by a psychiatrist with special medications to calm them down,” he said.

To avoid becoming a victim of such a scam, he advised the public always to be mindful when contacted by certain parties, control their weaknesses from being easily persuaded, and try to detect the tactics used by scammers through emotional reading.

He also advised individuals not to share personal information, such as full name and telephone number, publicly on social media, ensuring that any transaction made online has no dubious element and limit the amounts of withdrawals to reduce the risk of loss.

“Make it a habit to do research on the background of strangers first and get advice from friends and family before making an investment or establishing relationships with these strangers,” he said. — Bernama