Sharing prison stories at the barbershop 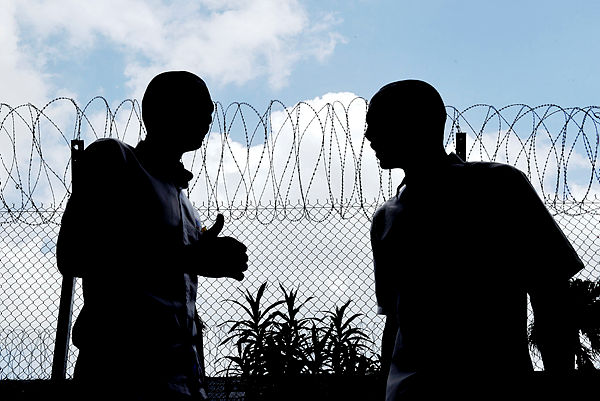 KUANTAN: “Are you a convict?” is one of the most frequent questions Ali is asked when he cuts clients’ hair at the Pahang Prison Department’s ‘My Pride’ Entrepreneur Incubator Centre in Sungai Isap here.

The 38-year-old, however, is unfazed by the question, and in fact, sees it as an opportunity to share his experience as a lesson to others, especially the younger generation.

“It’s not only the children but also adults who want to know what life is like in prison ... this is my chance to tell (them) because there are so many things we miss out on when we serve our sentence in jail.

“I, myself, lost 10 years of my life due to marijuana, and often, people cringe when I tell them my experience of being caned 10 times, apart from having to share a cell with a group of strangers,“ he said when met by Bernama here today.

Ali was also thankful for being given the opportunity to learn haircutting skills since January 2019, before applying to be placed under supervision at the Batu 10 Community Rehabilitation Centre here.

He said the small shop with three black chairs has allowed him to experience an ‘ordinary’ life, even though he was not completely free, while it also helped him to build up the confidence to be among other people after years of being behind bars.

“I like it when I get a customer who loves to talk. Though there are some sensitive questions (I am asked), it is a reality that I will also have to face once I’m released in April. Being an ex-convict will always raise certain perceptions among people, even more so when applying for a job.

“It is hoped that the skills will help me run my own business, as my sister has also expressed her willingness to help me with the capital as long as I’m willing to change myself for the better,“ said the former truck driver.

The native of Selayang, Selangor, said although he had received six months of training, he was really nervous when he received his first ‘real customer’ and it took him a few minutes to calm down.

He recalled how his hands trembled so much, and that he had to constantly look towards his prison officer who is also his trainer, to confirm that he was doing everything alright.

Meanwhile, Wan, 29, who is serving a 12-year prison term since 2013 for attempted murder also described his time in the incubator centre as an ‘unofficial medium’ to share his experiences with the community.

The Kuala Lumpur-native said he preferred to be quiet and remain focused on the task at hand, but would not mind it if there were customers who wished to talk to him while getting their hair cut.

“The message I share most often is to never go against your parents and listen to their advice. They know better than us, even though at times we feel it is not what we want to hear. Besides, we also need to think carefully before we do anything,“ he said.

Wan added that the best moment for him was when he received a “thank you” from the customers, or when he saw them smiling and checking themselves in the mirror after the hair cut, which made him proud of his work.

Pahang Prisons director Datuk Ab Basir Mohamad said the barbershop, which began operating in December 2018, is manned by five people under supervision at a time and also provides other services such as laundry and reflexology massages for men.

“In addition to barber skills, they (persons under supervision) are also taught on how to run a business, because The National Entrepreneur Group Economic Fund (Tekun Nasional) provides assistance to ex-convicts.

“We hope this effort helps them begin a new life, especially in the haircutting business where the capital required is not as huge as others,“ he said.

Ab Basir said the barbershop which opens from 9 am to 5 pm daily except Friday, was also cheaper than other places at RM6 per haircut, besides providing free haircuts to school children before the 2020 schooling session begins. — Bernama