Shocking that child hunger still an issue in Malaysia 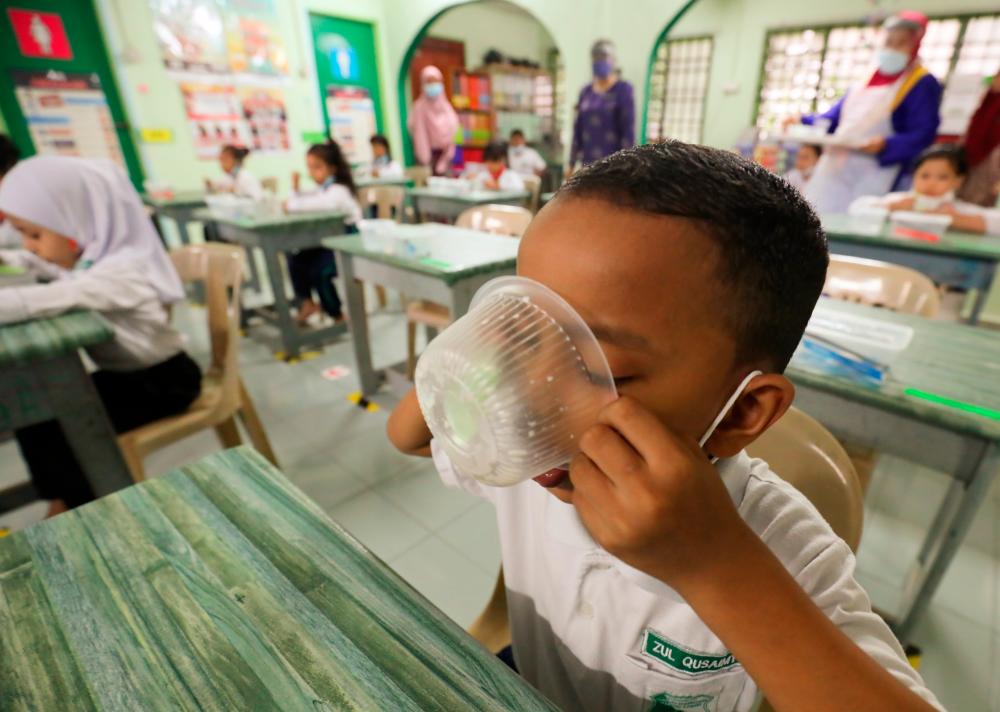 Child hunger is described as a situation in which a person under the age of 18 has insufficient healthy nutrition for normal living and growth. Masry Che Ani/THESUNpix

PETALING JAYA: Malaysians were rightfully shocked when two Myanmar children died after eating out of the trash in Langkawi recently.

The question on most people’s minds was how a middle-income country such as Malaysia could have a hunger crisis.

In the 2021 Global Hunger Index, Malaysia ranked 58th from 116 countries surveyed and with a score of 12.8, Malaysia is considered to have a moderate position.

While being on the moderate list may seem trivial, it should be taken seriously, according to activists and a research analyst.

Kembara Soup Kitchen founder William Cheah described child hunger as a situation in which a person under the age of 18 has insufficient healthy nutrition for normal living and growth.

“One thing to note is that it doesn’t mean a person does not get to eat, but it can also mean eating incorrectly,” he told theSun.

He added that while many B40 children may seem obese, creating the assumption they have enough food, their physical appearance could mean they are regularly consuming food high in carbohydrates and sugar just to fill their stomachs, and nothing else.

“An example would be eating plain rice and drinking sugared water.”

Cheah added that hunger in whatever form in Malaysia is predominantly economic-based and due to poverty.

“Our country has more than sufficient food supply. (The problem is) the factor of affordability when it comes to hungry children,” he said, adding that hunger is a huge global issue faced by many countries with a large refugee and illegal immigration population.

He also said with the complications presented by the various underlying issues, it is not easy to find a solution.

“It is first and foremost a humanitarian matter. But it also brings economic, cultural, political and sovereignty issues into play. If we view it only as a humanitarian issue, then of course the simple answer would be to provide shelter and needed relief, whether by the government or the public. But this will only be a short-term solution at best.”

Jeffrey Sachs Centre on Sustainable Development research analyst Derek Kok pointed out that children are often left out in conversations about poverty and welfare, despite the fact that poverty affects children more disproportionately.

While Malaysia is set to be an aging nation by 2030, its social safety net for children is woefully lacking.

“The Welfare Department’s current per capita financial assistance for children of RM253 per month is the lowest since 2013. A 2018 study of children living in low-cost flats in Kuala Lumpur also found that 34% of households did not receive support from Malaysia’s Bantuan Rakyat 1 Malaysia programme while only 4% of households received support from the Welfare Department despite being eligible,” he said, adding that this is where a universal child grant can make a difference.

“Universal child grants (UCG) are cash transfers given to every child in the country to assist parents and caregivers with child rearing costs. It would be paid on a regular basis and to all children regardless of family income, hence its ‘universal’ moniker. Therefore, basic common properties of UCG is that it is a cash transfer, universal to the population of children, unconditional and paid on a regular basis,” said Kok.

“With cash, families themselves can choose which needs to prioritise. This is especially pertinent as the financial costs of child rearing are not insignificant and can fluctuate with time.”

Why should this aid be given to all children, instead of only targeting those from poor or B40 families?

“Evidence increasingly shows that poverty-targeting methods can miss large numbers of its intended beneficiaries. A 2019 study of 38 social protection schemes showed that 25 of the programmes had exclusion errors above 70%, with the most effectively targeted scheme incorrectly excluding 44% of its intended coverage.

“In contrast, universal schemes had the lowest exclusion errors and were the most effective in reaching the poorest target recipients. For instance, Mongolia’s Universal Child Money scheme had virtually no exclusion error and reached 99% of the poorest 20% of children,” he said, adding that to reach the poor, aid needs to be given to all.