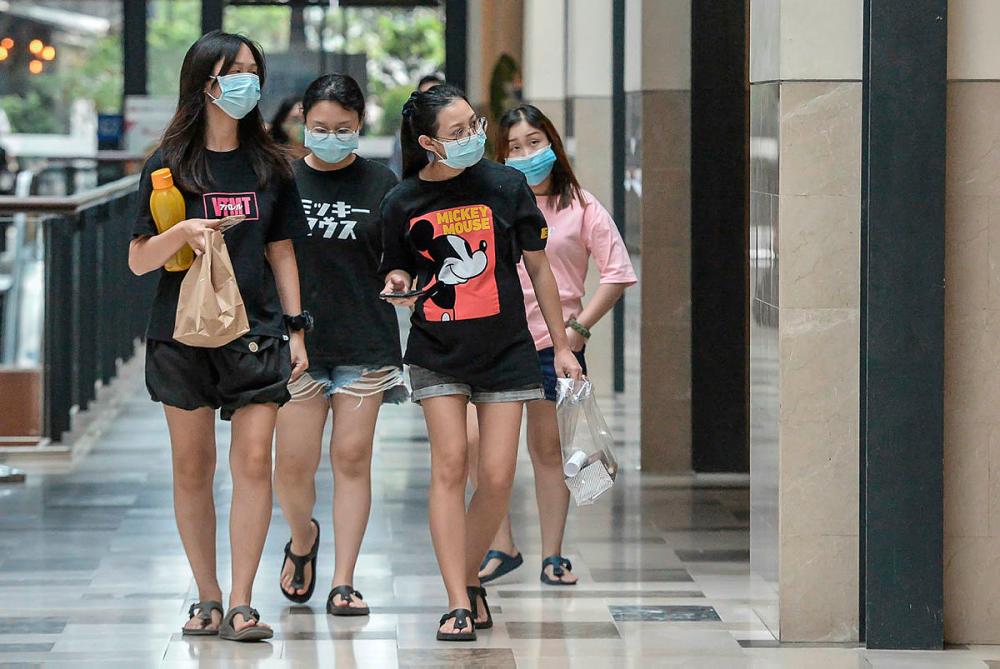 PETALING JAYA: Cases of Covid-19 have popped up in several shopping malls in the Klang Valley and Negri Sembilan over the past week, but this is unlikely to stop Malaysians from going ahead with their shopping plans, according to behavioural scientist Dr Gerard Louis.

But they will most likely take necessary precautions such as wearing face masks when doing so, he added.

“People don’t feel the need to stay away from shopping malls unless there is a directive from the authorities,” Louis, who is dean of the faculty of behavioural science, education and languages at HELP University, told theSun yesterday.

“Unlike Westerners who will fight tooth and nail to not wear a mask, Malaysians are a compliant bunch.”

Furthermore, Louis said, the situation in Kuala Lumpur and Selangor is still not as dire as it is in Sabah.

“It is not a red zone, so people still feel relatively safe.”

For a start, they have been open about Covid-19 infections at their premises, a move that has also earned them praise from the Health Ministry.

The shopping malls that have reported new cases are Suria KLCC, The Linc KL, NU Sentral, KL Gateway Mall and Sunway Pyramid in the Klang Valley and Aeon Nilai in Negri Sembilan.

However, KL Gateway Mall later clarified that the suspected case at its premises later tested negative.

As expected, the reports have taken a toll on business.

As KL Gateway Mall general manager Wivien San pointed out, it is natural for people to shy away from danger until the dust has settled.

“It has affected business because people tend to get worried, which is normal,” she said.

“However, I can assure you that our mall is safe for shoppers.”

She said people should not be too quick to jump to conclusions until they have seen all the facts and know the real situation.

However, other concerns remain. Malls are enclosed areas and at times, it gets too crowded to practise social distancing.

To address the problem, some malls have deployed officers to patrol the floor and break up crowds when necessary.

San said it is also essential that shoppers practise self-discipline to help fight the pandemic.

“For instance, people should check in with the MySejahtera app multiple times when in a commercial building, in addition to having their temperatures taken. It is everyone’s duty to observe this rule strictly,” she said.

It is now mandatory for all shopping malls and retail outlets to provide their customers with a QR code to register on the MySejahtera app and to have their body temperature taken.

In a press statement yesterday, the Health Ministry said none of the cases reported at the shopping malls has shown up on the MySejahtera tracker.

The ministry said this is not an anomaly, adding that whether a specific location is listed as a hotspot depends entirely on the depth of an investigation. “It’s all based on facts and science.”

In the case of the shopping malls, checks showed that there had been no reports of new cases in the past two weeks within a radius of 1km from each of the shopping centres. Our game against Brunei could have been better: Pan Gon Jury deliberations in Depp, Heard case to resume on Tuesday

Our game against Brunei could have been better: Pan Gon

Jury deliberations in Depp, Heard case to resume on Tuesday

2.Our game against Brunei could have been better: Pan Gon