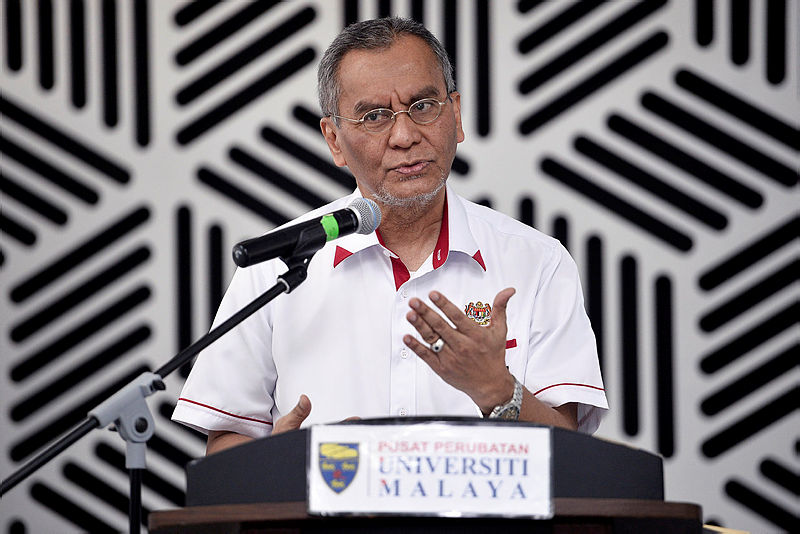 PETALING JAYA: Show-cause letters have been issued to two health personnel who were caught in a video clip sleeping at a desk and being preoccupied with their telephone at klia2, said Health Minister Datuk Seri Dr. Dzulkefly Ahmad (pix).

“I have been informed of the matter, and have watched the video clip,“ he told reporters in Putrajaya yesterday.

“It’s giving a bad perception (to the public), and although I am not sure why the situation happened, I can give the benefit of the doubt if the person is ill ... (however) the bottom line is we need to improve discipline in this area. Investigation (on the matter) have been conducted, and warning letters have been issued to the two personnel,“ he added.

He was referring to Free Malaysia Today’s story on Jan 13 that apparently showed personnel at klia2’s thermal scanners asleep at a desk and another staff in a booth preoccupied with his handphone.

The video clip was reportedly taken on Dec 26.

Thermal scanners have been installed at airports as a precautionary measure to curb the spread of infectious diseases by allowing officials to prevent anyone with a body temperature above 37°C from entering the country. — Bernama

5.Floods: Over 1,000 people in five states evacuated to relief centres