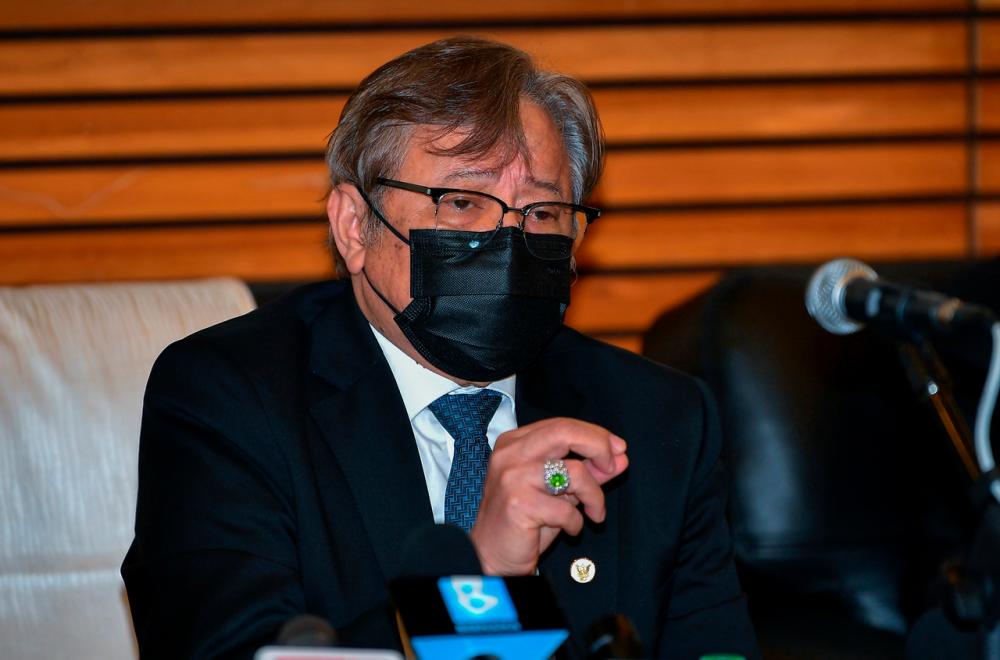 SIBU: Once known for its timber industry which flourished during the 1940s and 1950s, Sibu, which rely mostly on commercial activities, now need to put itself on the right track so as not to be left behind in Sarawak’s bid to become a high-income and developed state by 2030.

A lot of infrastructure projects in these areas have been implemented by the state government and there will be many more to come under the 12th Malaysia Plan to continue expanding development in Sibu, said Chief Minister Datuk Patinggi Abang Johari Tun Openg. (pix)

In the Sibu district, the projects to be implemented include the upgrading of the Kong Yit Khim Road as a dual carriageway linking Durin Bridge and Lanang Bridge as well as a new 9km road linking Kemuyang to the Teku Pasai-Siong Road.

Those projects including the RM100 million road project linking Sibu Jaya to Kong Yit Khim Road which is currently under construction will connect Sibu with the hinterlands to make it a more vibrant town in the future.

Sibu wants to achieve its vision to become the centre of development in the Central Region of Sarawak by 2030 and the mission to lead the Central Region towards sustainable economic, social, cultural and educational development through smart partnership between the government, the private sector and the community.

Apart from the infrastructure development, focus on economic activities is also being given to enable Sibu to achieve its vision, with one being the development of the shipbuilding industry which had generated RM279 million worth of exports for Sarawak in 2018, RM349 million in 2019 and RM168 million up to October 2020.

“(This is) a testament to the high quality and technical capabilities of our local shipbuilders,” said Sarawak Deputy Chief Minister Datuk Amar Awang Tengah Ali Hasan, who is also the State Minister of International Trade and Industry, Industrial Terminal and Entrepreneur Development.

That alone, however, that alone would not be sufficient to compete with the neighbouring Bintulu Division which is growing very fast through the oil and gas industry and may supersede Sibu as the third biggest town in the state in a few years to come.

Another ongoing project is the construction of the Sibu Industrial Park which covers an area of 60.70 hectares in Sungai Bidut, which is designed for the general industries to cater for the demand of the local SMEs (small-medium enterprises) the industrial park is expected to be completed by end of 2023.

Already been proposed is the setting up of a modern large scale commercial pig farming area (PFA) has been proposed at Sungai Selabi in Selangau district.

Former chairman of Rotary Club of Sibu Dr Gregory Hii Sui Cheng said Sibu which has vast hinterland, also has great potential for modernised agriculture for the production of food that can be exported.

In Kanowit, the former Rajang Area Security Command (RASCOM) settlement here used for relocating villagers at the height of the communist insurgency in the 1970s will be redeveloped as Ngemah Development Area (NDA).

The settlement covering the Nanga Tada, Nanga Ngungun, Nanga Jagau, Kabah and Ngemah areas will be equipped with comprehensive infrastructure to enhance the socio-economic status of the people.

Commercial agriculture to improve the economy of the people in the area apart from the infrastructure development such as roads, electricity and water supply to honour the sacrifices of the villagers who had to be relocated as part of efforts to combat the communists in the 1970s will be carried out under the 12th Malaysian Plan.

This is viable as that the combined population of all divisions in the central region reaches one million people.

The divisions in the central region namely Sibu, Mukah, Sarikei and Kapit are dependent on one another, and Sibu is right in the middle and they all could ‘come together’ and form Sarawak’s first metropolis which will have the ability to become a food bank and a key industry area which is securing food security not only for Sarawak but also the whole nation. 4.1,100 work orders for maintenance of facilities at BSI CIQ completed