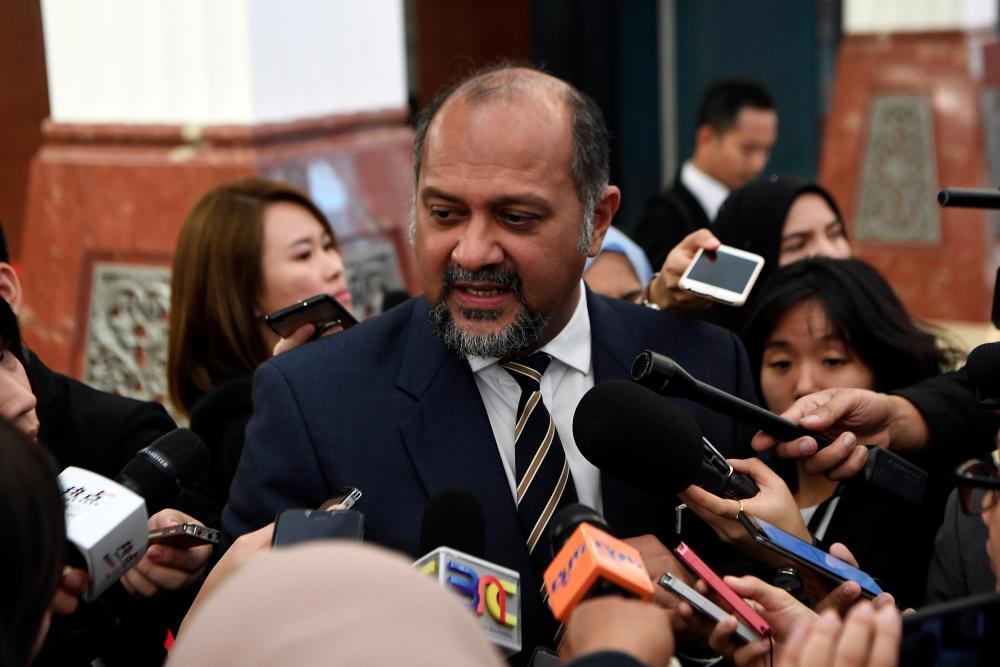 The government, he said, in the recent budget announced a 5G ecosystem development grant worth RM50 million and a further RM25 million matching grant to spur more pilot projects on 5G in a move to further accelerate the growth of 5G and new technologies in Malaysia.

Addressing top multinational and local corporate digital players at the Maxis Business Spark Summit 2019 here today, the minister said the industry together with the Malaysian Communications and Multimedia Commission (MCMC) recently announced the commencement of the 5G demonstration projects that will consist of 55 cases to be rolled out in 32 live sites across six states.

The total industry investment in these projects is estimated to be RM116 million, said Gobind adding that to further accelerate adoption, the government also introduced a 50% matching grant of up to RM5,000 per company for small and medium enterprises that adopt digitalization measures.

Furthermore, a further RM550 million smart automation matching grant will be provided to 1,000 manufacturing and 1,000 service companies to automate their business processes, he said.

Gobind said the government would spend RM70 million, through Malaysia Digital Economy Corporation (MDEC), to set up 14 one-stop digital enhancement centres and a further RM20 million had been allocated to grow local champions in creating digital content, especially in electronic games and animation.

“At the recent Budget 2020, there was a strong commitment from the government to drive digital transformation. The budget focuses on building high quality digital infrastructure with an emphasis on further strengthening digital content, embracing digitalisation, enhancing e-commerce and to promote the use of 5G technology,” he said.

He said the National Fiberisation and Connectivity Plan (NFCP), a key pillar of the digital transformation in Malaysia, aimed to provide comprehensive high-speed broadband coverage and high-quality digital networks throughout the country.

“When we talk about new technologies, we have to bring up the topic of 5G. This technology will change the way we communicate, work and live.

“5G will most certainly amplify our capacity in the IR4.0 phase. It will enable our industries to fully exploit the power of artificial intelligence, robotics, big data, virtual reality, and software engineering. There is no doubt that it’s going to be a game changer for our ultra-high-speed, hyperconnected world,” he said.

The government, Gobind said, had also taken a special interest in developing the Internet of Things (IoT) sub-sector, which had resulted in several market partnerships.

The commercialization of “smart city” infrastructure, applications and services such as smart highways, intelligent traffic management systems and advanced energy management systems were expected to drive IoT adoption across key social and economic sectors, he said.

The minister called upon all businesses to quickly embrace and arm themselves with knowledge and talent in digital technologies or risked being left behind in global competitiveness in the near future. — Bernama