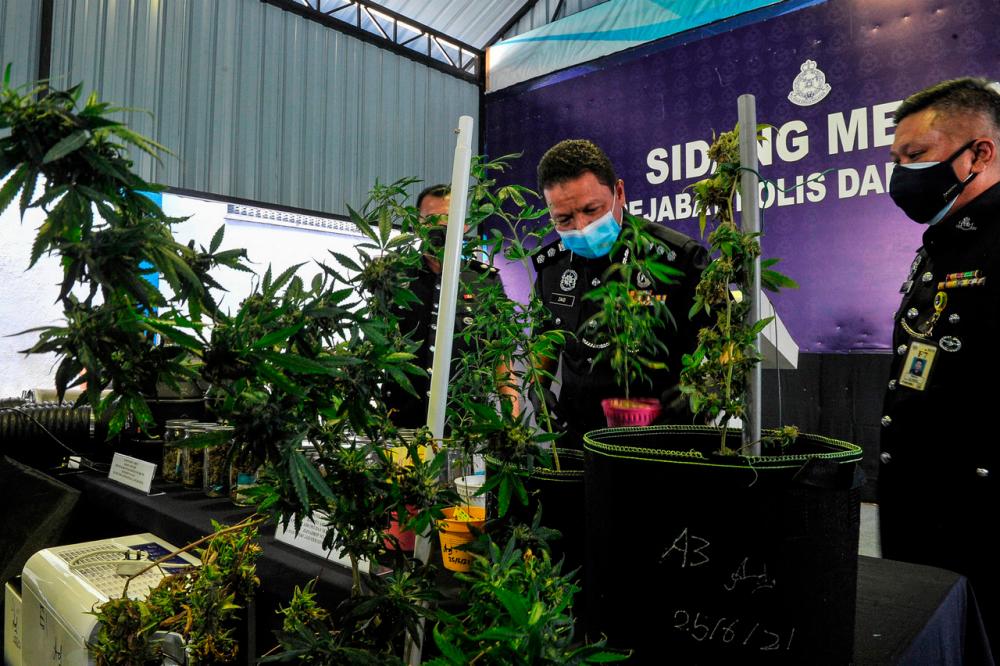 KAJANG: Police have detained three Singaporean men for allegedly growing and selling cannabis and seized drugs worth RM19,900 during a raid at a bungalow in Semenyih, last Friday.

Kajang district police chief ACP Mohd Zaid Hassan (pix) said the 58-year old man and his two sons, aged 25 and 31, were nabbed at about 10 pm and they were believed to have entered the country to conduct perfume business.

He added that the syndicate, believed to be active for the past four months, was operating from a rental house to supply drugs for the local market and the neighbouring country.

The initial investigation found that the family had bought the seeds from a website that was based in the United States, and they were selling the drugs online.

One of the suspects tested positive for Tetrahydrocannabinol and all of them have been remanded until June 30.

The case is investigated under Section 39B and 6B of the Dangerous Drugs Act 1952.

Meanwhile, in a separate case, police have arrested two local men for alleged involvement in a drug trafficking syndicate, in an operation at Taman Batu Muda here, last Thursday.

Sentul district police chief ACP Beng Eng Lai said the 48-year-old man was held in front of a laundry shop in the area and police inspection found 9,940 grammes of cannabis in his motorcycle basket.

“Another 43-year-old man was arrested at a house in the same area and both suspects led the police to a car near the Taman Batu Muda bus station where 25,700 grammes of cannabis were discovered at the back seat of the car,” he said in a news conference at the Sentul District Police Headquarters here.

Beh said the drugs were believed to be distributed around the Klang Valley and Selangor and both suspects tested positive for drugs and have previous criminal records.- Bernama 4.KUSKOP hopes push scheme will be approved in Budget 2023

5.ATC: Hakim Danish storms to race one win in Thailand