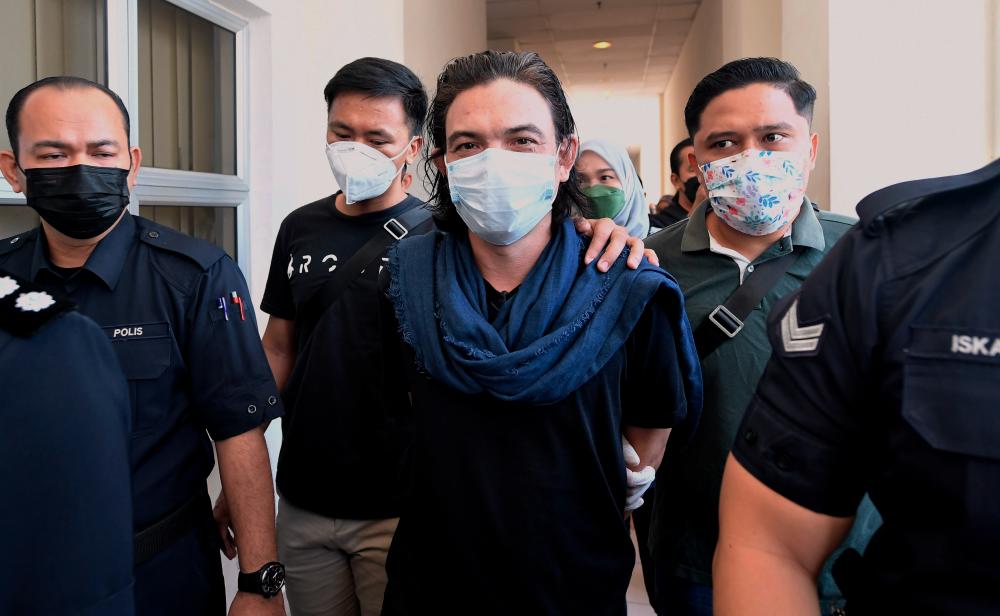 PETALING JAYA: Nasyid singer and compose Muhammad Yasin Sulaiman was charged in separate courts today with cultivating cannabis plants and trafficking in 214 grammes of drug at a condominium in Kota Damansara.

In the Sessions Court before judge Norshila Kamaruddin, Muhammad Yasin, 47, pleaded not guilty to the charge of growing the plants.

On the drug trafficking charge, it was read out to him before Magistrate Zhafran Rahim Hamzah and no plea was recorded as the case is under the jurisdiction of the High Court.

The charge was framed under Section 6B (1)(a) of the Dangerous Drugs Act 1952 which provides an imprisonment for life and with whipping of not less than six strokes, if found guilty.

In the Magistrate’s Court, the father of two was charged with trafficking 214 grammes of cannabis at the at the same location, time and date.

The prosecution did not apply for bail, and according to Mohammad Al-Saifi , no bail is allowed for cases under Section 41(B) of the Dangerous Drugs Act and on health issues, the accused could request for treatment in prison.

However, Mohd Yusmadi requested that his client be allowed bail on gropunds that he had bipolar disorder and had been receiving psychiatric treatment at the Universiti Kebangsaaan Malaysia Medical Centre since 2009.

“Two months prior to his arrest, my client was treated at the Pantai Hospital. He also suffers from health problems and needs help to get proper treatment,” he said, adding Muhammad Yasin was recently divorced from his wife.

Both courts denied Muhammad Yasin bail and set May 18 for mention.