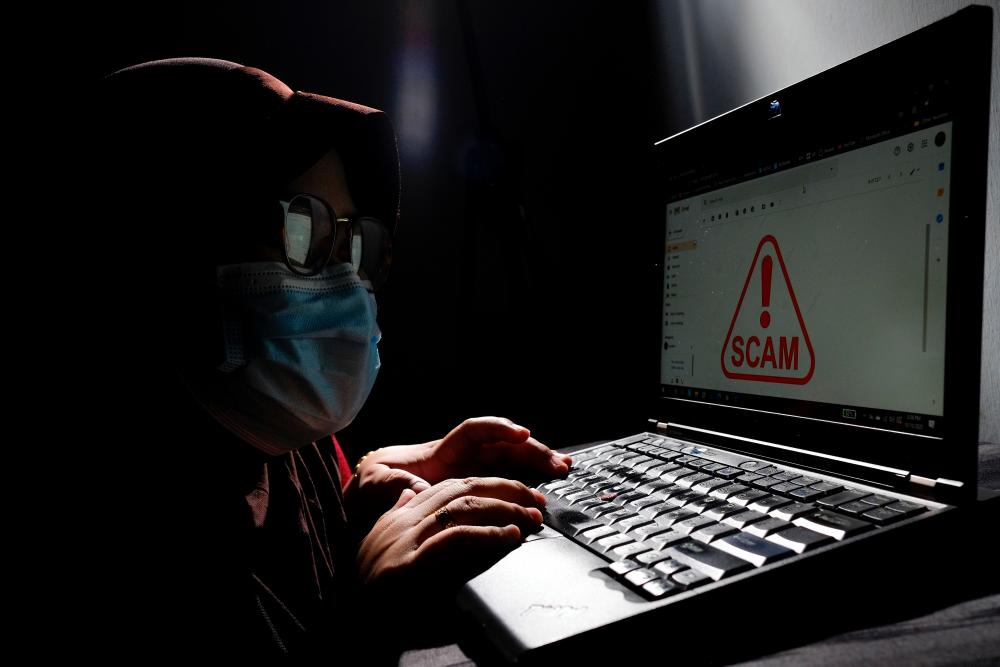 The victim said she felt entranced while she obeyed demands from the scammers for more money. – BERNAMAPIX

PETALING JAYA: A 32-year-old doctor who was fleeced twice by online scammers and lost over RM60,000 believes such syndicates dabble in black magic to stupefy their victims into parting with their money.

Not only did her encounters saddle her with a debt of over RM50,000 involving family members and friends, it also devastated her mental health, as she has been deeply disturbed by the incidents.

The doctor from Banting, who wished to remain anonymous, said the cases occurred in early January when she came upon a link on Facebook that offered part-time jobs.

She said after she clicked on it, she was promptly contacted through voice calls, WhatsApp text and voice messages.

The victim, who was caught in a typical Macau scam, was offered a job purportedly to raise the sales ratings of traders on e-commerce platforms, and was offered high commissions for
the tasks.

However, prior to securing the job, the scammer told her she was required to make several payments for various “fees and processing purposes”.

The woman, who is a mother of one, said what began with a mere payment of RM149 in “fees” on Jan 6 ended up with her making 10 more payments over the next two days, totalling more than RM23,000, some of which she borrowed from family and friends.

When the scammer demanded for more and she ran out of money, she resorted to contacting an online money-lending company she found on Google that also turned out to be
a scam.

Again, she was sweet-talked and promised a loan of the sum she sought.

On Jan 8, after speaking to the second scammer, she was initially asked to transfer RM1,870 as “processing fees” for the loan.

It did not stop there, and her troubles started all over again.

More demands for other “fees” were made and she ended up losing another RM40,000 after she made 10 different bank transfers, with borrowed money.

When more demands for cash were made by both scammers, she realised she had been duped and lodged police reports at the Kuala Langat district police headquarters.

“I was bewitched and did not give it a second thought when they made the demands for the ‘fees’. I felt like I was affected by ‘pukau’ (spellbound by black magic) and gave in.

“I feel they are using black magic. I contacted an ustaz and a physic who also think I was charmed with black magic,” she told theSun.

The victim said soon after she was duped, her mental health declined and she became quiet and chose to isolate and confine herself in her room. She slowly recovered after some time.

“The scammers continued harassing me by phone and I ended up with a fear of taking calls. It had a devastating effect on me and I was constantly stressed. I owe my family and friends over RM50,000, which I borrowed to fulfill the demands of the scammers.

“I am coming out now to tell my story after recovering from this ordeal to bring awareness to the public. Please be cautious and aware of the strangers you speak to on the phone,” she said.

“As for social media platforms like Facebook and Google, these companies ought to take more pre-emptive steps in addressing these risks its users face daily. Please do something so that more people do not fall victim.”

The doctor added that she was thankful and grateful to her husband, who was supportive and stood by her, which helped her recover.