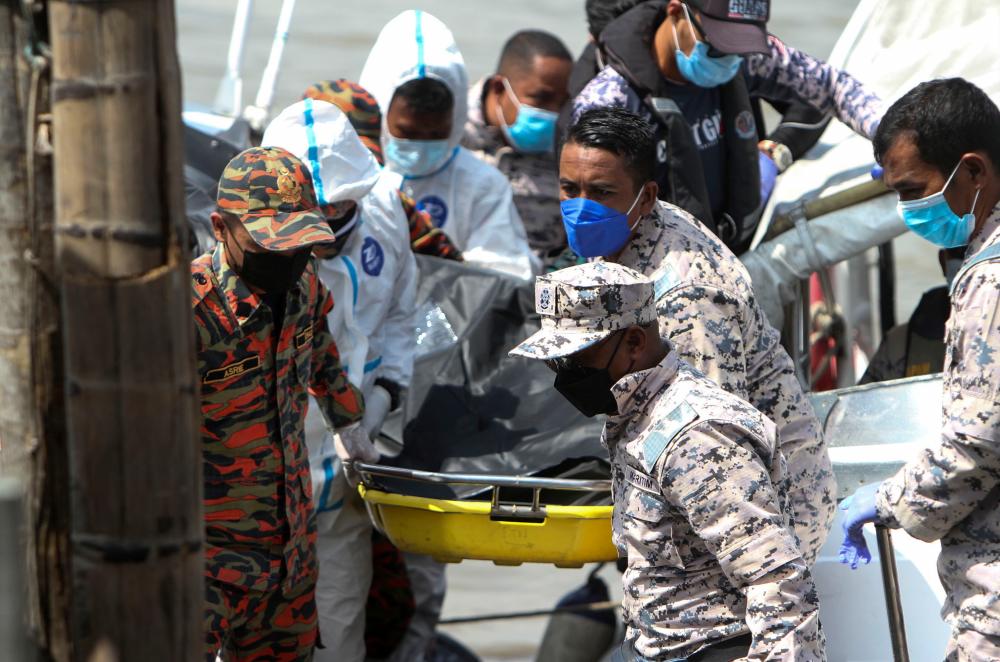 PONTIAN: Six Indonesian illegal immigrants drowned while seven others were rescued after their boat capsized about 4.2 nautical miles off Pontian at midnight last night.

He said initial investigations showed that the 200 horsepower and 6.096-metre-long fibre boat had left Pulau Jalung, Batam at about 9 pm yesterday with 13 people onboard, including the two skippers.

“However, the boat capsized after it was hit by waves of about 1.5 metres to three metres high at a location 4.2 nautical miles off Pontian at midnight,“ Nurul Hizam said.

He said the Johor Bahru Maritime Rescue Sub-Centre (MRSC) was alerted to the incident after receiving a report on the rescue of six individuals by a local fishing boat at 0.3 nautical mile southwest of Pontian Besar at 10 am today.

The SAR team then found the bodies of two women and saved another woman at 1 pm, he added.

“We then found four more bodies of fully clothed women floating in the waters at 2.30 pm. We called off the SAR at 3.45 pm,“ he told a press conference at the Pontian Fishermen’s Association Jetty in Pontian Besar this afternoon.

The bodies were found near Pontian Besar waters, about 3.5 nautical miles from the spot where the boat capsized.

At the same press conference, Pontian district police chief Supt Mohamad Shofee Tayib said the victims, aged between 25 and 35, were believed headed for the Api-Api jetty here in their bid to enter the country illegally.

“One of the women survivors is in critical condition at the Hospital Sultanah Aminah while the others have been sent to Hospital Pontian.

“However, the two men, believed to be skippers, are being held at the Pontian district police headquarters and a remand order will be applied for,“ Mohamad Shofee said.

He said the two would be investigated under Section 26A of the Anti-Trafficking in Persons and Anti-Smuggling of Migrants Act (ATIPSOM) 2007. - Bernama