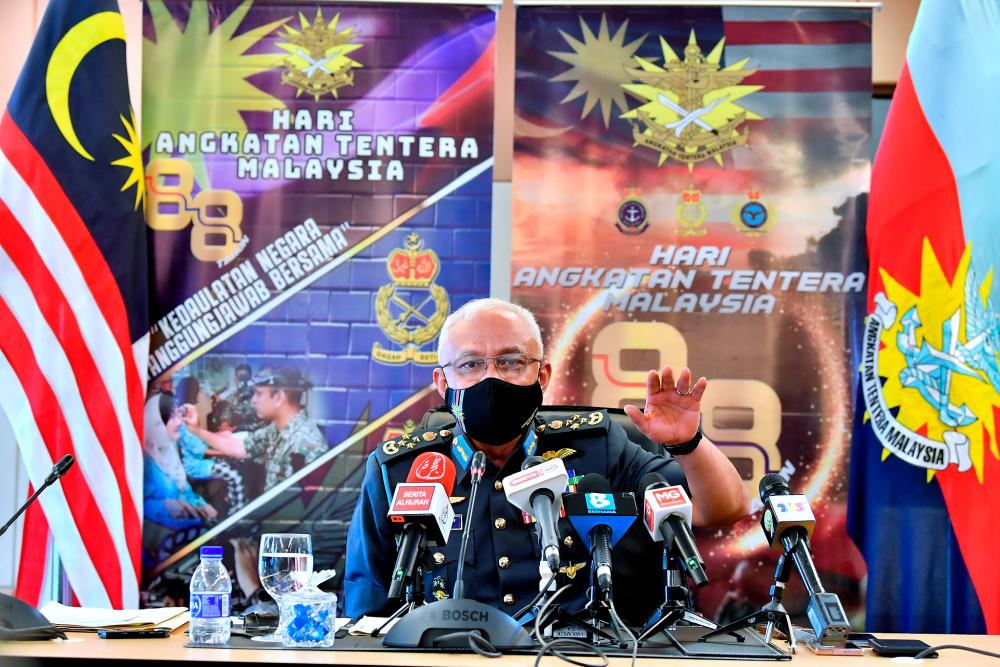 The PDI process for the six McDonnell Douglas helicopters was to ensure that all technical aspects and specifications were fully met for its future operations to strengthen the army’s air mobility.

“Based on the procurement contract, all the helicopters are expected to be delivered to Malaysia at the end of this year,” he shared during a special interview in conjunction with the 88th Malaysian Armed Forces Day at Wisma Perwira ATM here.

On the armed forces’ planning, especially in managing defence assets viewed as aged and whether they were capable of defending the country, Affendi said they have necessary plans for such matters.

“The armed forces have asset management plans, encompassing maintenance programmes, upgrading programme and defence asset replacement programmes to enable us to carry out our function of defending the country.

“The armed forces have focused on our asset management plan on the first pillar of the national defence strategy of Concentric Deterrence, as contained in the Defence White Paper, in which the armed forces still have constraints in terms of the number of assets and their capabilities to protect the entire area of operations,” he said.

On the developments of comprehensive training at MD Helicopter Inc in Arizona, USA for pilots and technicians, Affendi said the armed forces have sent eight pilots and nine technicians to undergo such training from April 24 till Aug 13.

“The training is to increase pilot skill in weapons system operations, tactical flight and air combat training while crew training is for maintenance of aircraft, engines and weapons,” he said.

In addition, Affendi said a total of eight manufacturing companies have stated their interest to bid for the supply of Fighter-Lead In Trainer-Light Combat Aircraft (FLIT-LCA) advertised on June 22.

“The tender scheduled to close on Sept 22, is currently ongoing,” he added. — Bernama