Six suspects, including three from govt agency, nabbed for graft 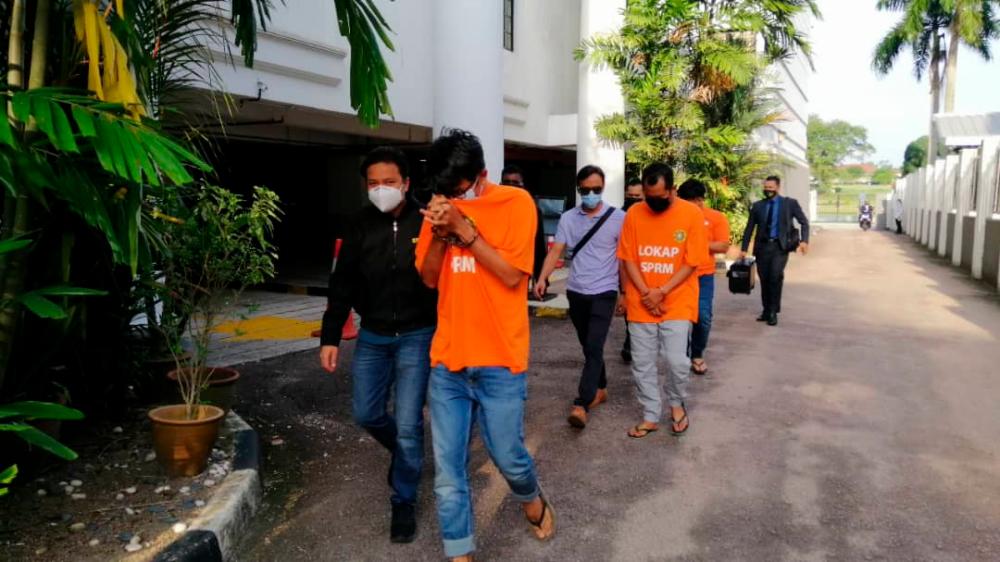 JOHOR BAHRU: An engineer and two assistant engineers of a government agency in a district in Johor were among six people arrested (pix) for corruption by the Malaysian Anti-Corruption Commission (MACC) in several raids in an operation on Sunday.

Three contractors aged between 31 and 44 were also held in the operation at several undisclosed locations in Johor.

Sources said the engineers who are aged 31, 38 and 44 allegedly accepted kickbacks from the contractors in exchange for the approval and grant of projects in the district since 2018.

It is alleged that the engineers were bribed with cash, holiday packages and other luxuries including a boat.

The nabbed contractors had apparently used 11 companies registered under their names and proxies to secure projects which are estimated to be worth millions of ringgit.

All six suspects were remanded for five days from today to assist in the investigations.