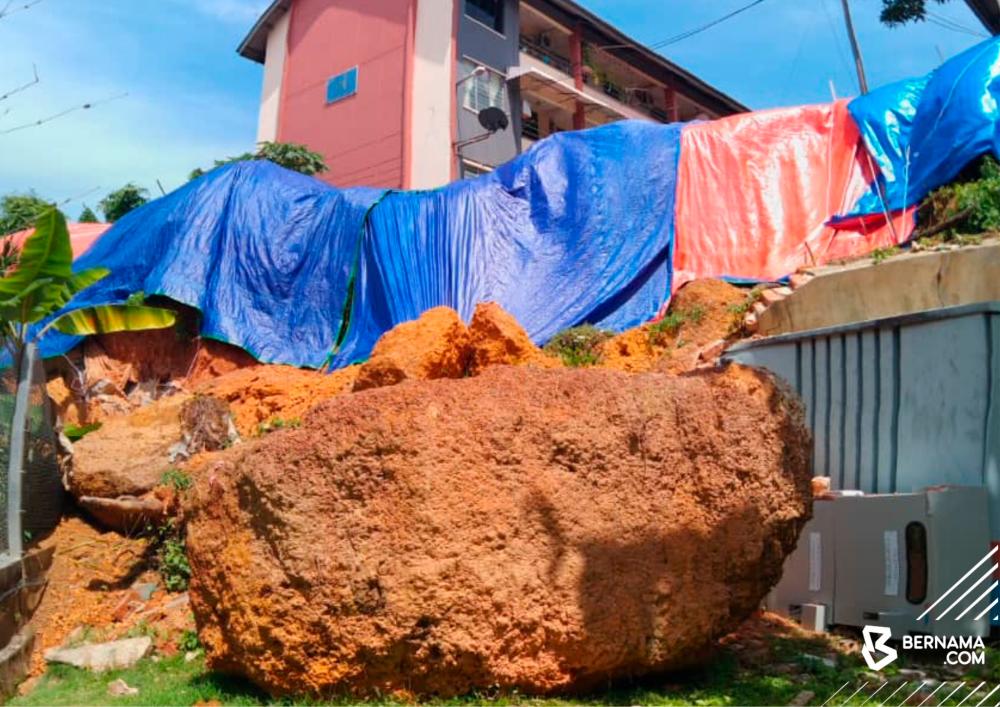 MALACCA: Residents of Pangsapuri Bukit Piatu and Taman Setia Jaya here have urged the parties involved to speed up the repair work on the slope in the area which collapsed on June 23.

Bukit Piatu Apartment Residents Association chairman, Lim Kong Hock said, currently the slope is only covered with canvas thus causing concern to over 250 residents there, especially those in Block G and H who live less than five metres from the location.

“Even part of the wall of a terrace house at the foot of this apartment was also affected and damaged. The occupants have moved temporarily due to security factors,“ he said when met by reporters.

According to Lim, the concrete wall on the nearly 10-metre-high slope collapsed along with chunks of stone and red soil at about 6.30 pm during heavy rain on June 23.

With the unpredictable weather conditions, he said the residents requested that the repair work be done immediately adding that, before this, no untoward incident had occurred even though the apartment was almost 54 years old.

He said the residents did not feel safe as the rubble area was only covered with canvas while the concrete wall retaining the cliff was tilted and some of it had broken due to the impact of the rocks.

“Earlier there were broken pipes and now with the constant heavy rains, we are worried that the existing cracks and groundwater flow will worsen the situation if the repair process is delayed,“ he said. - Bernama