SM Faisal was the only serious boyfriend to Emilia: Emilia’s sister 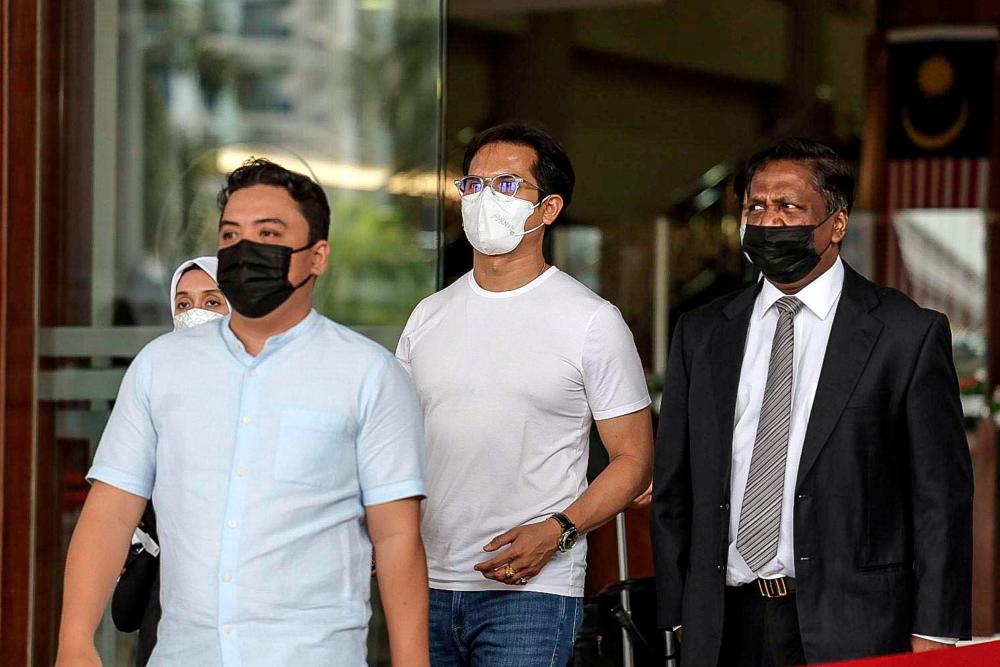 KUALA LUMPUR, Nov 25 -- Famous businessman Datuk SM Faisal SM Nasimuddin appeared at the Kuala Lumpur Court Complex today to continue the trial of the case he is facing, which is deliberately causing injury to his ex-wife Emilia Hanafi, 43. BERNAMAPIX

KUALA LUMPUR: The Magistrate’s Court here was today told that businessman Datuk SM Faisal SM Nasimuddin was Emilia Hanafi’s only serious boyfriend throughout their school years until they got married in 2004.

A younger sister of Emilia, Elisa Nani Hanafi, 38, said she came to know SM Faisal at the age of 10 through Emilia herself when he came to their house with his mother to pick up Emilia.

“Faisal met Emilia through my brother, Ezhan. Emilia and Faisal were 15 years old then and Ezhan was a year younger. At that time, Faisal was living in Damansara Jaya.

“Eventually both our families became close. During the weekends, my youngest sister and I would often follow Emilia to hang out in his family home or venture out for food outings along with all his siblings,“ she said when reading out her witness statement at the trial of SM Faisal who is charged with voluntarily causing injury to Emilia, who is his ex-wife.

The sixth prosecution witness said she also spent the holidays with SM Faisal’s family as she did not have friends in Malaysia then.

“I would spend time hanging out with his (SM Faisal) siblings and parents, especially his mother, Puan Sri Zaleha, whom I called Aunty, Aunty Z, Aunty Leha or Mak and she (Zaleha) always welcomed us and would also cook delicious Malay food for us,“ she said, adding that prior to that she and her family were living in Texas, in the United States.

During examination-in-chief by deputy public prosecutor Zahida Zakaria, the witness identified SM Faisal, who was in a white t-shirt, and Emilia in court.

She said SM Faisal’s father died in 2008 and she also felt the loss as SM Nasimuddin or Uncle Nasim as their family would call him, was someone she looked up to as a father figure.

Elisa said Emilia and SM Faisal were 25 years old when they got married and she was studying in Melbourne then, but flew back for their akad nikah (marriage solemnisation) and wedding receptions.

“After Emilia gave birth to her firstborn in 2006, I had just moved back to Malaysia from Australia and often visited Emilia and her family. I would go to their condominium in Ampang every chance I had to see and play with my nephew,“ she said.

The charge framed under Section 323 of the Penal Code and punishable under Section 326A of the same code, provides imprisonment for up to two years or a maximum fine of RM2,000 or both, if convicted.

The hearing before Magistrate Nadia Othman continues on Dec 6. - Bernama