Snatch thieves strike as customers line up at pharmacy (Video) 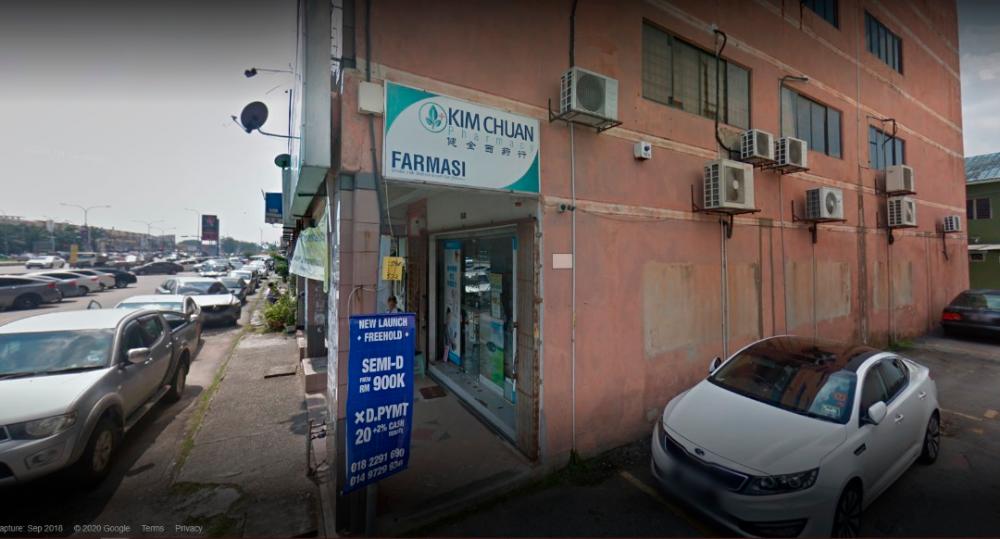 KLANG: A 44-year-old clerk who was waiting for her turn to buy items at a pharmacy in Taman Bayu Perdana here suffered an injury after being attacked by snatch thieves today.

The woman suffered light injuries to her neck, knee and head after she was dragged by a snatch thief who had snuck up on her while she waited for her turn to patronise the Kim Chuan pharmacy at about 12.40pm.

He said while the rider waited, his pillion rider hopped off before he tugged the victim’s handbag.

Shamsul Amar said when the woman fell, the robber snatched the handbag and escaped the scene with his accomplice. The woman lost her personal documents, cash and credit cards.

He added that the robbers’ motorcycle was fitted with fake registration plates.

Footage of the incident, which was captured on a closed-circuit television camera, showed the victim waiting for her turn outside the pharmacy with two other female customers ahead of her.

The victim is seen standing closest to the side lane of the pharmacy that is located in a corner unit shoplot and is seen falling on the street when the robber attacks her.

5.Bottas to start 16th in Sochi after engine change