Socso paid RM11.9 mln in compensation to employees infected with Covid-19 at workplaces 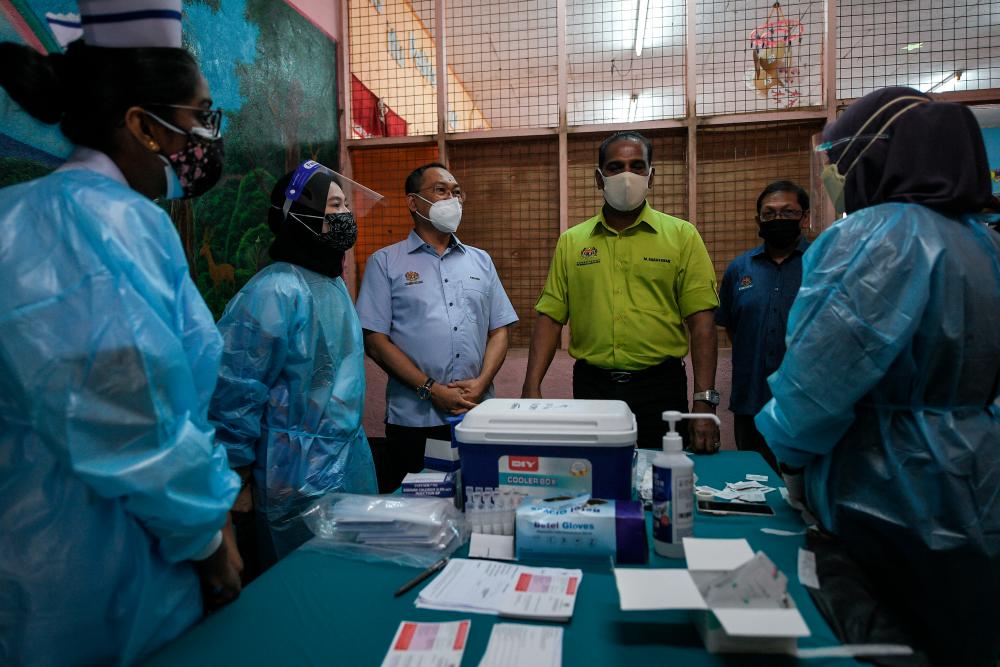 PENDANG: The Social Security Organisation (Socso) has paid over RM11.19 million in compensation to employees infected with Covid-19 at workplaces, involving 15,036 cases, as of Sept 18.

“Apart from that, more than RM3.5 million was paid out for the funeral arrangements of 1,792 cases involving local workers who died of Covid-19.

“As for fatalities involving foreign workers, Socso has paid out RM3,500 for the funeral arrangement of two cases,” he told a media conference after observing the Covid-19 Immunisation Outreach Programme in the Pendang District here today.

Commenting on the programme, Awang, who is also the Pendang MP, said it was the ministry’s initiative through MNKKP to raise the vaccination rate among adults in the district.

“We are aware of the fact, as announced by the Health Minister (Khairy Jamaluddin) that the rate for full vaccination among adults eligible for vaccine jabs in the district is still low, at 51.16 per cent or 38,115 people (as of yesterday).

“As such, we are helping to expedite the vaccination process among the residents by going to the villages to help raise the number of registrants and awareness on the importance of vaccination towards creating herd immunity,” he said.

Awang said that, so far, the outreach programme had been implemented in several areas in the Pendang district, namely in Kampung Bukit Tegur, KEDA Lahar Tunjung, KEDA Asam Jawa and KEDA Tanjung Setul.

“Similar programmes are being planned for several other districts in Kedah with a low rate of vaccination, such as Sik and Baling... such efforts will also be extended in a bid to speed up the transition (of Kedah) to Phase Two of the National Recovery Plan (PPN),” he said.- Bernama