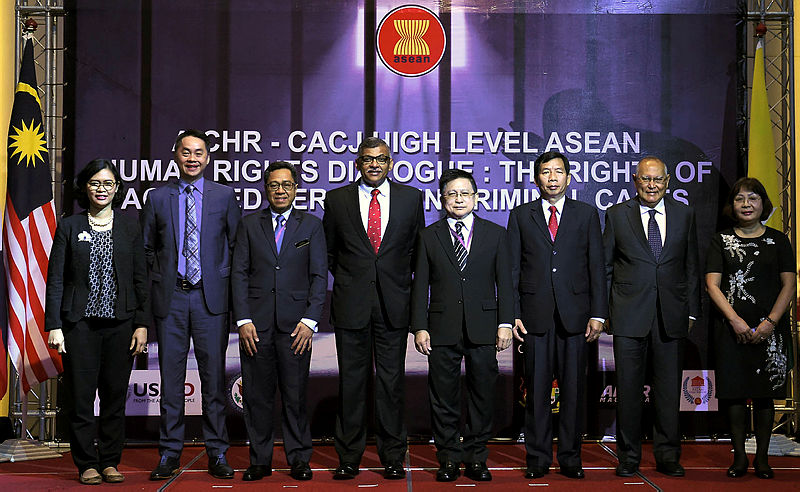 PUTRAJAYA: There may be a need to sensitise society on the true meaning and scope of human rights as the usage of the words ‘human rights’ has been abused by some quarters, said Chief Justice Tan Sri Richard Malanjum.

He said the words had been abused by some quarters for ulterior motives or were being used to the extent that common sense and realities had been made to take the back seat while peace, racial harmony and national security were made secondary items as well.

“The danger arising from such abuse or overuse is probably in near future those words may acquire negative connotations,“ he said.

In his keynote address at the Asean Intergovernmental Commission on Human Rights (AICHR)-Council of Asean Chief Justices (CACJ) High Level Asean Human Rights Dialogue: “The Rights of Accused Persons In Criminal Cases” here today, Malanjum ,who is a member of CACJ ,said absolute freedom was a mirage or elusive to say the least.

“The words ‘human rights’ at any given time may bring unrealistic consequences and problems, thereby drawing adverse reactions from society,“ he added.

On another matter, Malanjum said a total of 503,380 criminal cases were registered through Malaysia’s judicial system from August to October 2018 with the vast majority or 96 per cent of the criminal cases recorded in magistrates courts while the remaining in traffic courts.

Speaking to reporters later, he said most of the cases registered in magistrate’s courts involved petty offences and in Sabah, most of them involved foreigners.

“But Malaysia has no choice but to remand them (the foreigners). I was told in a year the Prisons Department spends RM1.4 billion for food and to take care of them. It is a very expensive affair,“ he said.

He proposed that Asean countries could arrange exchange of prisoners so that those serving in Malaysia can serve the sentence in their own countries.

“That will help the country in terms of cost,“ said Malanjum. — Bernama