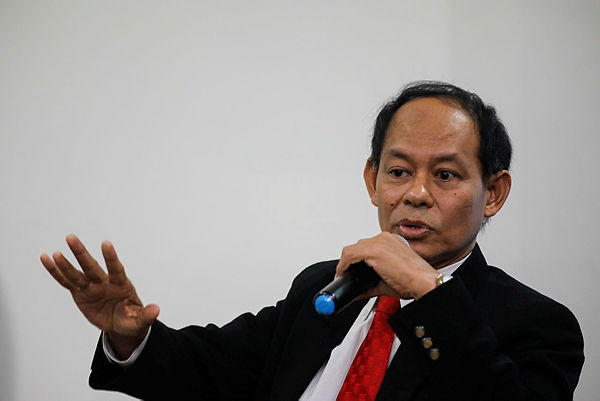 Speaking at an anti-graft forum, he said this was among the shocking forms of corruption taking place in schools.

“There are many instances of corruption. In fact, there are cases of teachers asking for ‘anu’ (sex) from students if they would like to pass their examinations,“ he said in an anti-graft forum attended by education industry players.

Mohd Shukri said many of these cases were not tried in court as the students were not willing to come forward and testify.

“It’s hard, because a lot of them (students) are afraid their identities would be revealed,“ he said.

Mohd Shukri, however, stopped short of divulging further details on how prevalent the cases were and who was among those involved.

He added that there were also instances where students would give money to their classmates to support and vote for them to be class monitors and head prefects.

Later when asked for comment, Education Minister Dr Maszlee Malik said he was unaware of these ‘sex-for-grades’ teachers, while urging victims to come forward, assuring them that they would be protected.

“We ask those affected to lodge a police report. Don’t hide the matter, we will not tolerate such nonsense. If there are reports, we will take action.

“We guarantee all victims that they will be protected. We stand by the rule of law. We want more victims to come forward. Don’t be afraid, justice is with them,“ he said.

Maszlee said it was hard for the ministry to act if victims refuse to come forward, adding that the ministry aims to make schools the safest place for both students and teachers.

Maszlee added a specific topic on anti-corruption would be integrated into the civic education subject which would be re-introduced soon after the subject is discontinued in 2015.

“We are in the process of finalising the subject, and it will be introduced in the middle of next year, and the topic of anti-corruption will be included in both primary and secondary schools.

“As for pre-schools, we won’t have a particular civic subject, but we will teach them good values and corruption and other bad values they must avoid,“ he said.

Maszlee said the civic education would not be categorised as a “must-pass” subject, but that it was compulsory for all students to take the subject.

Earlier, Shukri had proposed that a specific subject on anti-corruption be introduced and made compulsory in all schools, with students to also sit for examinations, in a bid to curb corruption at an earlier stage.

Maszlee however said this was impossible as it would be burdensome to students who will be forced to take up too many subjects.

“Who knows next the Human Rights Commission (Suhakam) will want a subject on human rights, and environmentalists wanting a subject on environment. How many subjects will the students have to learn then?

“I discussed this matter with the MACC yesterday, and we have all agreed that anti-corruption only be included as a topic in the civic education subject,“ he said.