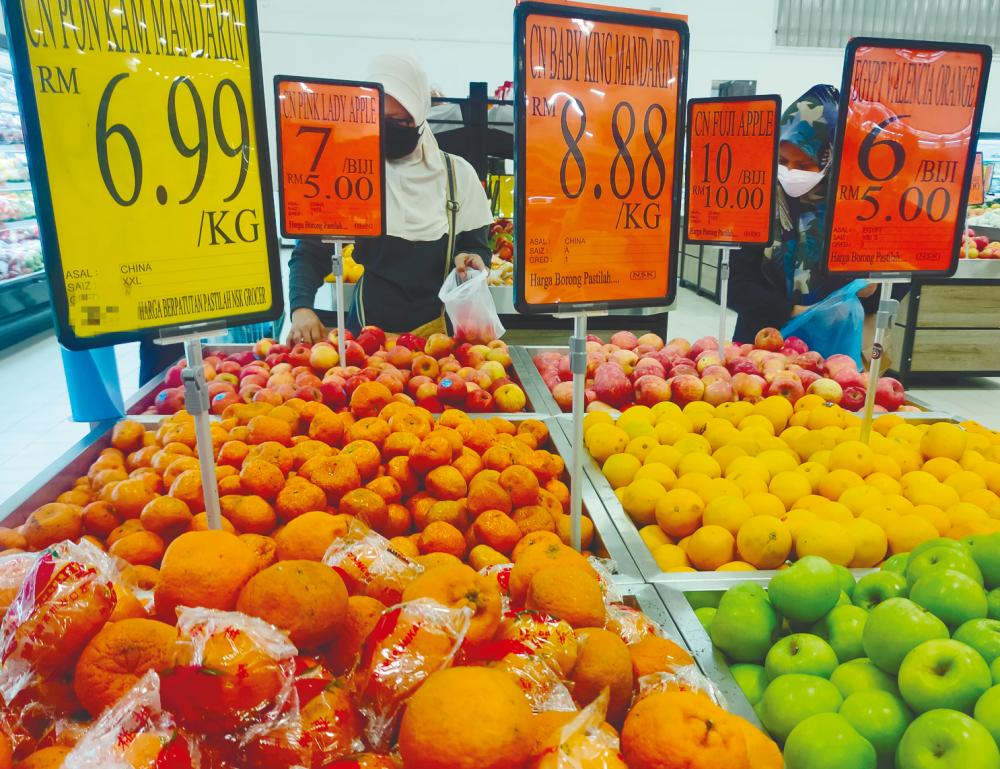 A trader has said that retail prices of imported fruit are expected to remain on an upward trend for as long as oil prices remain unstable. – SYED AZAHAR SYED OSMAN/THESUN

PETALING JAYA: Several factors have caused the prices of imported seasonal fruits to rise since the start of the year, according to fruit traders.

Faiqah Che Fauzi, a fruit seller in Seri Kembangan, claimed that the price of apples had gone up by as much as RM20 per box as compared with last month.

The price of grapefruits has also increased by RM5 per box of 5kg, compared with RM25 per box last month. But other fruits such as bananas, mangoes and dragon fruit were not affected by price increases.

Faiqah said the increase was due to the uncertain weather and the fruit season.

“If a type of fruit is sold outside its season, of course the price will increase. Also, earlier this year, the cost of fertilisers increased and we had to raise fruit prices to cover the cost,” she said.

She said as Covid-19 cases in the country increased, demand for lemons and oranges went up because they are rich in Vitamin C, adding that she would try her best to sell fruits to her customers at reasonable prices despite the increase in cost price.

“Although the cost of fruits is going up, I will not raise prices more than necessary. But all fruit sellers have had to increase prices slightly to cover additional costs,” she said.

Fruit importer and exporter Khaishen Trading Sdn Bhd chief executive officer Jeffrey Tan said fruit prices have gone up gradually in the last couple of months. He said it was partially due to the invasion of Ukraine, that caused petrol prices to rise and affected delivery costs.

“When transport costs rise, it will affect costs across the fruit supply chain. Compared with the corresponding period last year, we have seen a double-digit increase in our operational costs.