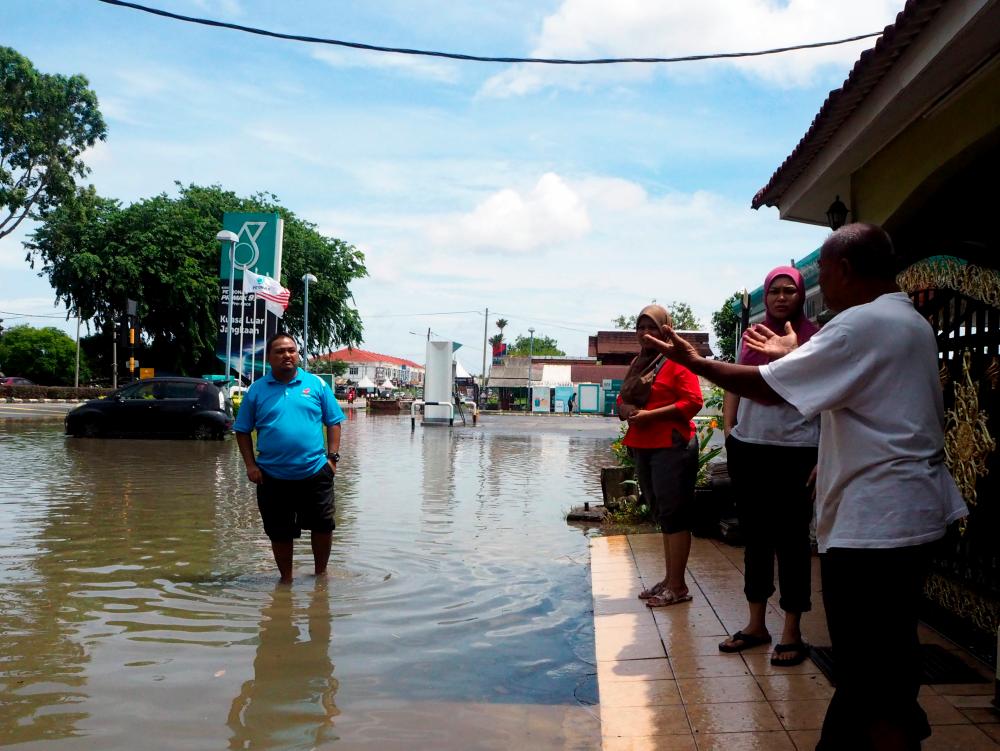 MALACCA: The Malacca government will form a special committee in each district, comprising elected representatives and relevant departments, to address flash floods issues in the state.

Chief Minister Datuk Seri Sulaiman Md Ali said so far, over 20 flash flood-prone locations have been identified and it was believed to be due to poor drainage problems.

“Like yesterday’s floods, it was not stagnant floodwaters that will recede in three to four days’ time but an overflow of water that could not pass through. The situation improved after a few hours but there are areas where flash floods repeatedly occurred this year.

“So, we discussed the matter yesterday to enable all parties to come up with suggestions to jointly resolve flash flood issues in their respective areas,” he told reporters after visiting the Malacca City Historic Council (MBMB) market here today.

Sulaiman said upgrading works such as maintenance and improving drainage were currently being carried out, including in areas frequently hit by flash floods.

“The situation in several flood-prone areas such Jasin is improving with the upgrading works.

“Some projects are being implemented, some at the tender level and Insya Allah, with these improvements, we can reduce the state’s flood woes,” he added.

In a separate development, Sulaiman said the Aidiladha sacrificial ritual would be allowed to be performed this year in accordance with the standard operating procedure set by Malacca Islamic Religious Council. — Bernama