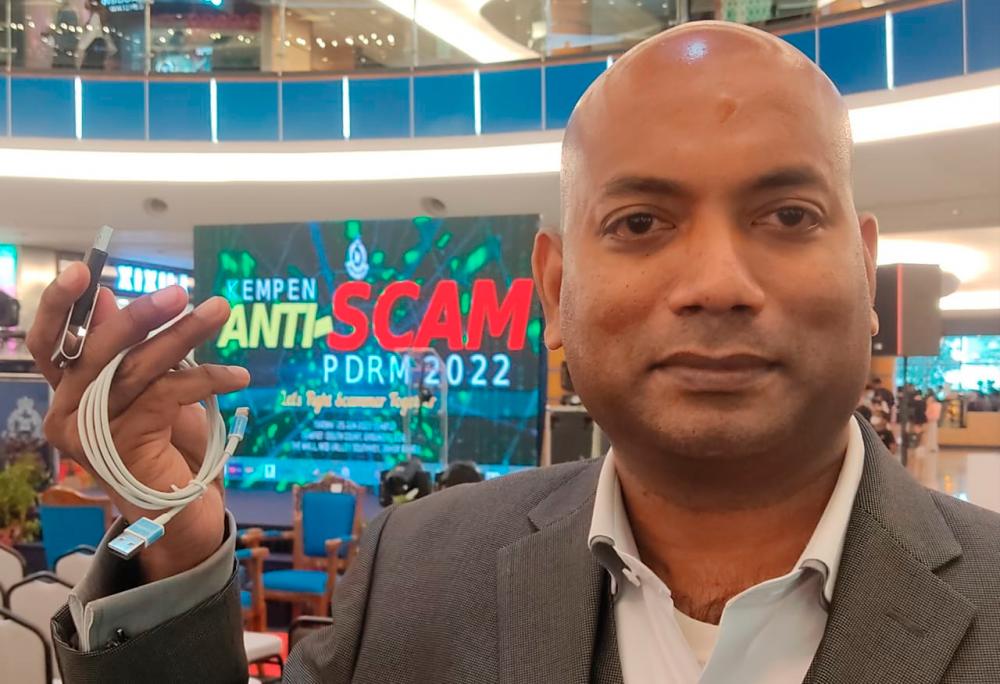 PETALING JAYA: That cheap but “latest” high-tech thumb drive that you purchased from an unauthorised dealer may just be your undoing, a cybersecurity expert has warned.

“Advancements in the development of portable media devices such as thumb drives and data or charging cables are making these gadgets the perfect tool for data thieves and scammers,” said Honeywell Engineering Sdn Bhd Asia-Pacific operations director Mohan Vathumalai.

Devices obtained from unreputable sources and utilised without care can prove to be a costly lesson for unsuspecting users.

“Never use a thumb drive or any other portable media device without knowing its origins. This includes plugging charging cables into your computer or cellphone.

“A bug or virus planted in it can do immense damage to one’s computer or a whole network of computer systems.

“A hacker or data thief can steal confidential information. They can also hijack and take full control of the systems, often demanding a hefty ransom,” Mohan, who specialises in high-tech cybersecurity systems, told theSun.

Another new device that appears like a harmless charging cable for cellphones but is the perfect tool for data thieves is an O-MG cable.

He said the cable has a built-in chip that can be installed with a key-logger, that is capable of recording everything one types, including usernames and passwords.

Mohan said the O-MG cable can be programmed to create a WiFi hotspot from within, and send the data it has extracted from a cellphone or computer to a hacker controlling it.

“Often, computer users may overlook the installation of anti-virus software to save a few hundred ringgit. Without these, a perpetrator can penetrate and sit somewhere in your computer watching every move you make and pilfering stored data.

“Malware is everywhere and comes in many forms such as cookies that are planted in portable devices. Always scan these devices for malware before using them,” Mohan said during the Anti-Scam Campaign launched by police in Johor Baru recently.

At the event, Honeywell Engineering, which is a strategic partner in the police campaign, introduced several sophisticated cybersecurity equipment that can detect and “sterilise” portable media devices that carry malicious software that is detrimental to computer networks, especially those in companies and organisations.

Mohan said companies and organisations, which are often targets of phishing attacks, should invest in the best cybersecurity equipment to safeguard operations.

“Phishing remains the number one threat, followed by threats from USB or portable media devices. A multi-million ringgit company can end up seeing its operations halted by hackers. Recovery can often be a tedious process,” he said.

Mohan also did not discount the possibility of data thieves or scammers distributing free thumb drives to access computers when the device is plugged in.