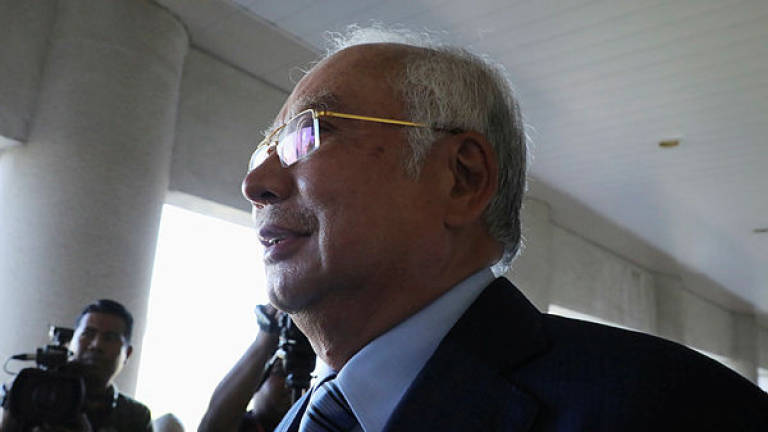 KUALA LUMPUR: The prosecution in Datuk Seri Najib Abdul Razak’s SRC International Sdn Bhd trial today questioned the former prime minister on who would have the audacity to forge his signatures when he was holding the number one position in the country.

Taken aback by the question posed by ad-hoc prosecutor Datuk V. Sithambaram, Najib, 67, initially replied, “that is not a fair question” before saying “I do not know”.

Sithambaram: As the (then) prime minister and the finance minister, the most powerful man (in the country), who would have forged your signature?

Najib: That is not a fair question.

Sithambaram: It is a fair one. The question is simple. You are a powerful man. This is SRC, a government-linked (company) under the Finance Minister Incorporated. And you keep saying that your signatures were forged. Who would have the audacity to do it?

Sithambaram: That’s not the question. I’m asking you (since) you keep telling that your signatures were manipulated and forged. I want to know who would have done it, in a government-linked company.

Sithambaram: Datuk Seri, you are now saying the board of directors in SRC was acting on forged documents.

Sithambaram: When you were shown the photocopy ... you didn’t ask for the original because you knew that was your signatures.

Earlier, Sithambaram and Najib sparred on the manner the cabinet paper relating to the SRC loan applications were prepared for presentation to a cabinet meeting.

The paper was prepared by the deputy secretary in the Finance Ministry’s strategic investment department, Afidah Azwa Abdul Aziz who was a prosecution witness.

Sithambaram: Afidah testified that she was pressured to complete the cabinet paper in a short period of time. Due to this pressure, she reported it to her former supervisor Maliami Hamad who, in response, told her that it was an “order from above” and it was the “PM’s company”.

Najib also testified that he was not aware of difficulties faced by the Finance Ministry in obtaining information from SRC International for the cabinet paper preparation for a government guarantee.

In response to this, Sithambaram said Najib had been shifting the blame on everyone else in this case, but the latter disagreed.