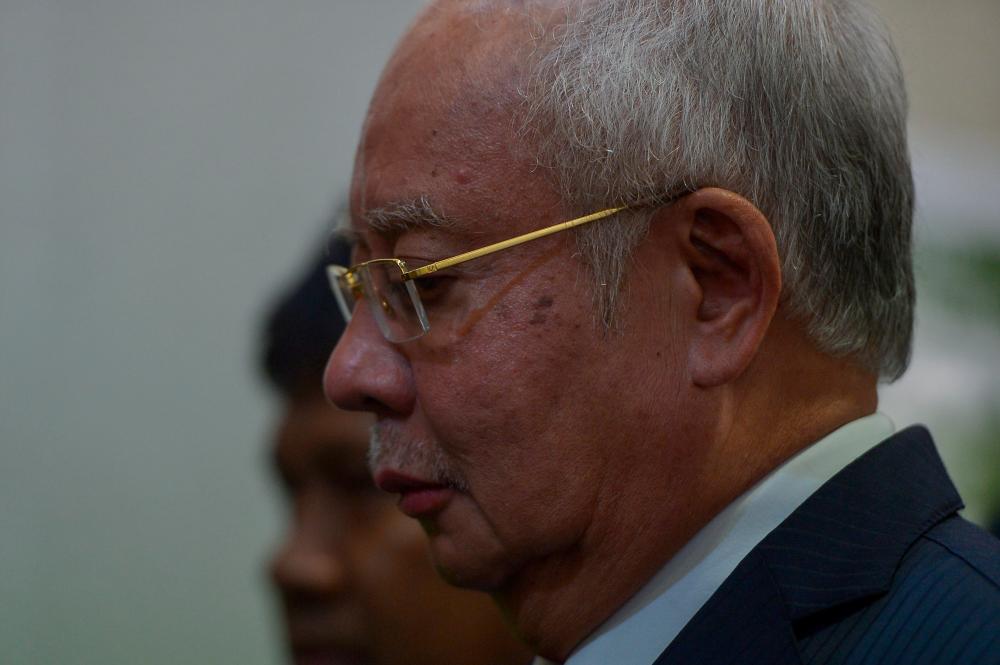 The former Malaysian Anti-Corruption Commission (MACC) chief commissioner was irritated when Najib’s lawyer Tan Sri Muhammad Shafee Abdullah asked about the investigations done by MACC on the RM4 billion that was allegedly sent to BSI bank in Switzerland, whereby the witness said she was not called to the trial to answer these type of questions.

“Am I being cross-examined here? I have been told that I was called here to help about the audio recordings. If you are asking me about the particular charge, I may not be able to assist,“ she insisted.

Muhammad Shafee: Have you been following this trial?

Latheefa: Not in detail, just in general.

Muhammad Shafee: Were you aware that one of the allegations made was that RM4 billion was transferred to a bank in Switzerland. You surely would want to find out where did the RM4 billion go?

Latheefa: There is general information that I know. But the charge was made before I came to be chief commissioner.

Muhammad Shafee: But as the chief commissioner at that time, surely you want to know?

“It was not just the RM4 billion; we are interested to know all of the money related to SRC, 1MDB (1Malaysia Development Berhad), correlation to those and where those assets went. We are interested in asset recovery, whether it’s in Switzerland, the United States, or London, and we are in the process of recovering those monies,“ she said.

To a question about the anti-graft agency’s investigation on the RM4 billion, Latheefa said she cannot divulge information on ongoing probes as it will compromise the MACC’s investigation.

At this stage, Muhammad Shafee, who seemed irritated with Latheefa’s line of answering, said: “Yang Arif, I am done with this witness. She is not answering my questions. Although she is my witness, I have established her attitude more than enough.

“We have the Attorney-General (Tan Sri Tommy Thomas, who resigned at end-February) who made a bold statement at the beginning of the trial about the money in Switzerland, but as the chief commissioner, the witness was not answering. I have no further questions,“ he said, before the court released Latheefa from the witness stand.

Najib is making his defence on seven charges of misappropriating RM42 million in SRC International Sdn Bhd funds, comprising three counts of criminal breach of trust, three counts of money laundering and one count of abuse of position in relation to the SRC funds.