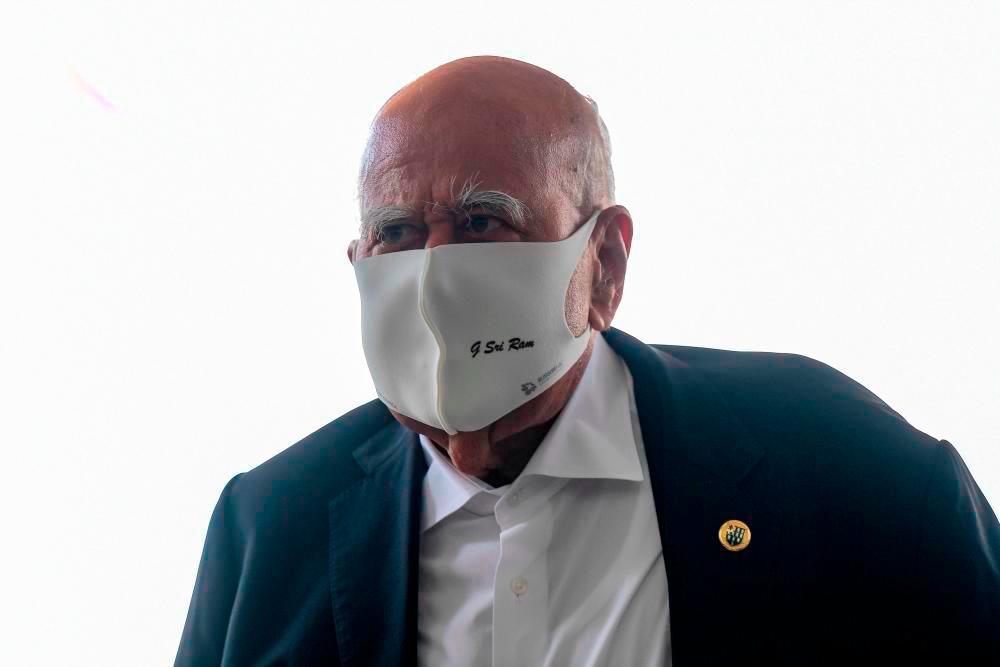 The former Federal Court Judge told High Court Judge Datuk Collin Lawrence Sequerah that the media statement made by Muhammad Shafee yesterday amounted to an attack on the prosecution over claims that the prosecutors suppressed evidence in the case.

He said the prosecution would have to apply to bar the defence from going to the press, if they continued with the act.

Yesterday, Muhammad Shafee highlighted the inflow of funds into Najib’s account in February and June 2011 amounting to about RM60.6 million (about US$20 million) from Saudi royalty, Prince Faisal Turki Al Saud.

The defence claimed that the fund was part of a gift to Najib from the former governor of Madinah Province, Saud Abdulaziz Majid Al Saud.

The senior lawyer also said the prosecution had only highlighted the two transfer transactions, but did not highlight five other transfers into Najib’s account between Aug 2011 and Aug 2012 which were allegedly from Prince Turki and the Ministry of Finance Riyadh amounting to about US$180 million.

Muhammad Shafee had also included letters from the former governor that were addressed to Najib, stating different sums of donations made to the former premier.

During today’s proceedings, Sri Ram explained that the same letters were presented in the SRC International Sdn Bhd’s trial and the trial judge, along with the Court of Appeal and the Federal Court, had rejected the evidence.

“If they are going to rely on the same letter in the public domain you can’t say we (the prosecution) suppress (the information), that is not relevant,“ he said, adding that his case was to prove that the 1MDB monies went into the accused’s account.

At this juncture, another Najib’s lawyer, Wan Aizuddin Wan Mohammed interjected by saying that the SRC case was a different matter and had nothing to do with this current trial.

After hearing arguments by both parties, judge Sequerah said the court would wait for Shafee’s reply on matter tomorrow.

The trial continues this afternoon. -Bernama