Stagnant floodwaters making it difficult to channel aid to victims 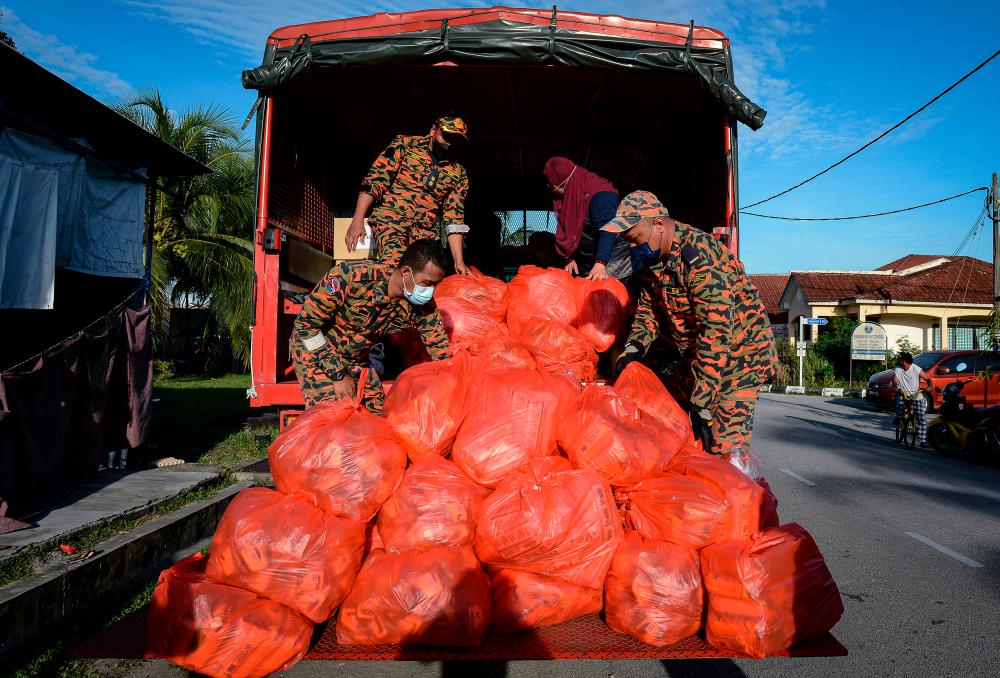 BANTING: Several volunteers from non-governmental organisations (NGOs) and individuals who wish to hand over aid to flood victims in the Bandar Seri Ehsan housing estate here, are facing difficulties to do so as the main road entering the housing estate is still flooded.

Checks by Bernama today found that those involved had to use lorries from the Malaysian Armed Forces (MAF), Royal Malaysia Police (RMP), Civil Defence Force (CDF) as well as boats borrowed from the public to transport the goods.

Lorries also had to be used to bring flood victims out of the housing area.

MyFundAction volunteer, Shahidah Othman, 26, said the NGO had brought about 1,000 ‘Ummah Sustenance Boxes’ to be distributed to the victims, but faced delays due to logistical problems.

“We have obtained permission from the Fire and Rescue Department (JBPM) to enter the housing area. Some of the items we have sent via the lorries belonging to MAF, RMP and CDF, while some others, we brought in by boat.

“The aid arrived late due to this constraint. It is difficult for us to bring relief items to the housing area, ” she said when met by Bernama.

She said the sustenance boxes contained food and beverage items as well as baby diapers and pads.

Meanwhile, celebrity Nadzmie Adhwa Nor Adzmi, 29, and his wife Nurul Hidayah Mohd Amin, who is better known as ‘Ardell Aryana’ said as volunteers who did not represent any NGO, they also faced the same issue, however, it did not dampen their spirit.

“Today we worked with the ‘team’ of Ayer Spot. They accompanied us down to the location on board their boat. Alhamdulilah, all the items have been handed over at the relief items collection centre,” he said.

Meanwhile, Bandar Seri Ehsan resident representative Nor Azizi Ismail, 47, said about 9,000 residents in the housing area were not only affected by a shortage of essential items, but also faced communication problems as the telecommunication transmitter stations did not work after the electricity supply had to be temporarily shut down.

“We have not had electricity and telephone network for three days. This main road has been flooded since Friday. However, on Saturday, we managed to relocate the women, especially pregnant and breastfeeding mothers, as well as children and the elderly,” he said. — Bernama