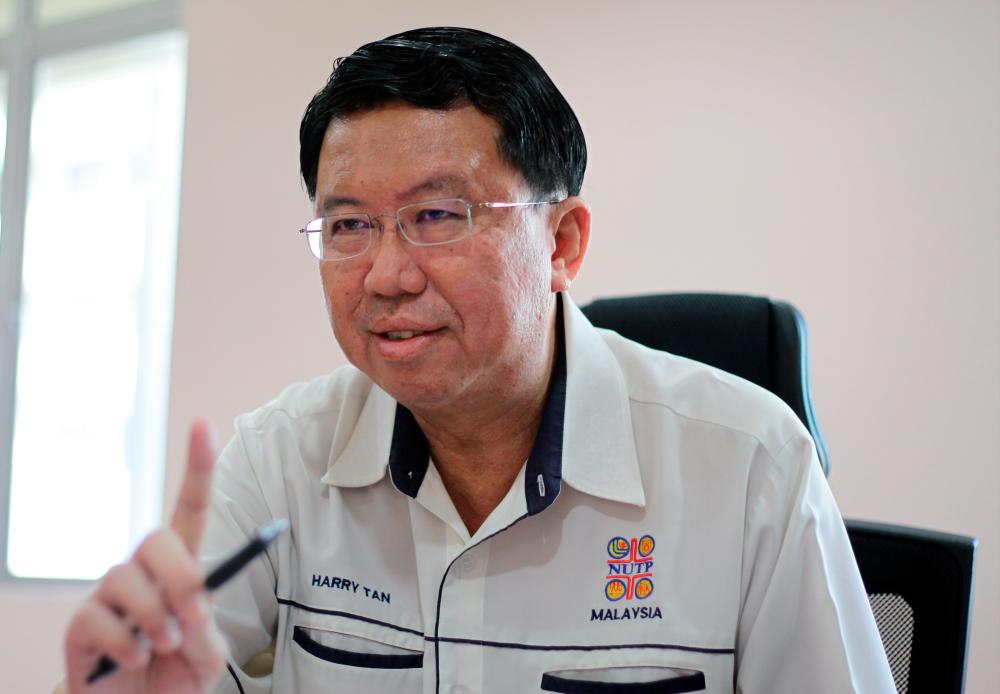 PETALING JAYA: Victim-blaming and denial have become the default mode when Malaysia responds to the issue of sexual harassment.

The latest episode is that of an exposé by a student on a teacher cracking a joke about rape at school, followed by his union representative’s demand for “facts” and arguing that there are other “bigger problems”.

In an interview with Astro Awani yesterday, National Union of the Teaching Profession secretary-general Harry Tan (pix) asked for “facts and statistics” to prove that sexual harassment at school was widespread.

DAP assemblymen Lim Yi Wei and Michelle Ng have called out Tan for his response to the exposé by student Ain Husniza Saiful Nizam about a sex education lesson that deteriorated into sexual innuendos.

As a result of her exposé, one of her schoolmates threatened to rape her. However, he has since apologised for his behaviour.

Commenting on the interview, Ng said she felt “gaslighted”. “Maybe it’s the leadership that contributes to the problems children face at school,” she said.

“Point-blank denial and a refusal to engage in any meaningful investigative work, zooming in on one student’s exposé and dismissing the issue entirely. Harry Tan has failed students,” Lim wrote in a Twitter post.

Tan had declined to comment on Ain Husniza’s allegations when theSun reached out to him early this week.

Stakeholders such as parents, educators and women’s organisations have also joined the call for the introduction of a comprehensive code of conduct for teachers. They also want the Comprehensive Sexuality Education modules to be introduced in schools.

Parent Action Group for Education president Datin Noor Azima Abdul Rahim said to prevent sexual innuendos and transgressions at school, there must be safe avenues for students to file reports.

“School administrators should support students who make a complaint, not dismiss it as a trivial matter. Coming out to make a report is difficult enough for the student,” she said.

Women’s Aid Organisation head of campaigns Abinaya Mohan said the whole incident – from the teacher’s statement, the backlash and rape threat received by Ain Husniza, and the off-hand remark by authorities – is an indicator that this is a systemic issue.

“We have to ensure the Education Ministry and Malaysians take this matter very seriously. We have to push for legal reform as well as a change in society’s mindset, to support and believe survivors and hold the perpetrator accountable,” she said.

According to the All Women’s Action Society (Awam), there are differences between sexual and casual jokes.

“People who crack jokes about rape reduce a criminal act to an acceptable action. It is despicable, humiliating and offensive and a violation of the victim’s dignity,” Awam said.

The organisation pointed out that dismissing rape jokes, whether at school or elsewhere, is a reflection of the dishonourable way society views women.

Awam said a comprehensive code of conduct that covers sexual harassment as well as abusive and bullying behaviours for all stakeholders in the education system would be more appropriate.

It said that to ensure this code of conduct is effective, teachers should be trained to understand gender roles and gender power relations. “This will enable them to understand why sexual innuendos and violations are unacceptable,” it said.

“To address this, the government should take proactive measures. There must be a zero tolerance policy at school where sexual harassment is concerned. Prompt and appropriate action must be taken where necessary to ensure the policies are properly enforced,” it added.