Stand-off between police and devotees due to wrong info: MP (Updated) 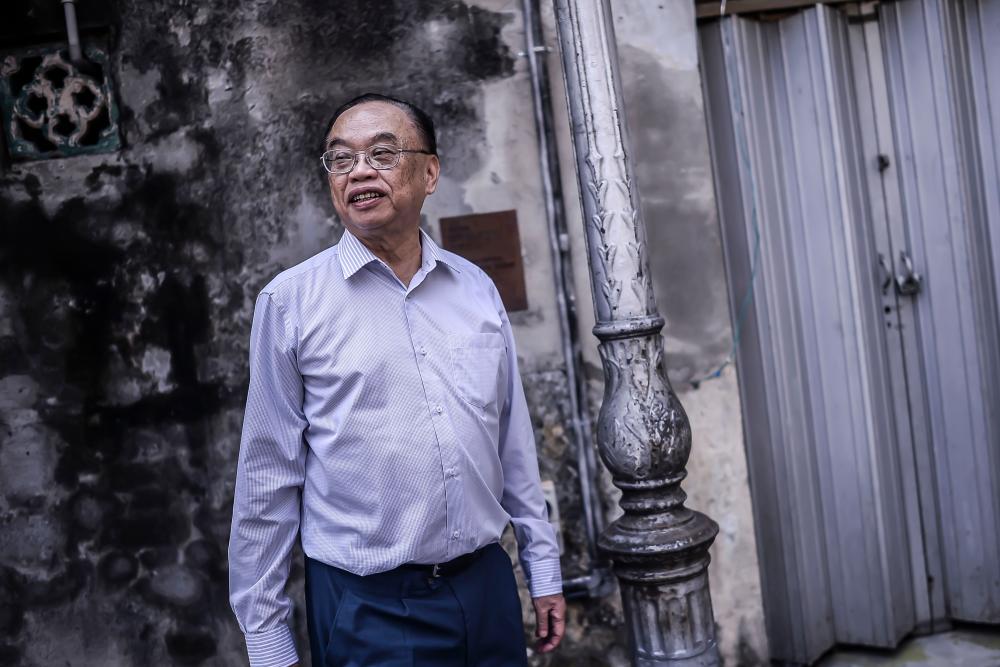 KUALA LUMPUR: A major stand-off between the police and devotees of a temple in Bandar Salak Selatan, off Jalan Sungai Besi here, occurred today over a dispute on an access road adjacent to the temple.

Videos of the stand-off were widely shared in the social media, erroneously claiming the authorities had arrived with demolition machinery and the police to tear down the temple that was purportedly build illegally.

The operation by the Kuala Lumpur Land and Mines office began at about 11.45am to build a passage on government land to a building site of a school but the commotion dragged on until 4pm when police and Bukit Bintang MP Fong Kui Lun (pix) intervened and resolved the matter.

Fong told theSun that the fracas was over a reserve land that had been fenced up by the temple and the construction of a national secondary school next to it.

“The construction of the school was to begin and the fenced up reserve land was to access the site. When the excavator arrived to tear down the fence to pave way for the construction machinery to access the site, the temple authorities objected to it. The temple authorities were given short notice of this about three weeks ago and while discussions were still ongoing, the excavator arrived today to bring down the fence,“ he said.

Fong said on hearing of the commotion, he rushed over to the scene and managed to resolve the misunderstanding between both parties.

He said the plan to tear down the fence was called off until further discussions are held.

Videos of the fracas showed over 20 people, a few who were carrying sticks, going berserk at the scene and attacking police personnel.

Cheras police ACP Muhammad Idzham Jaafar said today that four men aged between 19 and 50 were arrested to assist in investigations for rioting and obstructing a civil servant from carrying out his or her duty.

He said about 30 men and women carrying sticks and iron rods had obstructed an excavator at the scene and damaged it.

“There was also a video of the incident that was posted in Facebook that was exploited to gain public sympathy. We deny any claim that there was an attempt to demolish a temple. We urge the public to refrain from speculating or making comments that can cause confusion and disrupt public order,“ he said.

In a video, members of the temple were seen explaining to Muhammad Idzham at the scene that the Education Ministry (MOE) had given them a notice for the demolition during the movement control order (MCO) when they were unable to seek an explanation from the authorities.

They said that it was only recently did they approach the MOE in Putrajaya where the issue is being reviewed between both parties.

Loud cheers were heard when Muhammad Idzham said he will try to hold off the operation until both parties resolve their differences.

Those with further information on the commotion are urged to contact ASP Mohamad Sukri Ishak at 013-2165881.