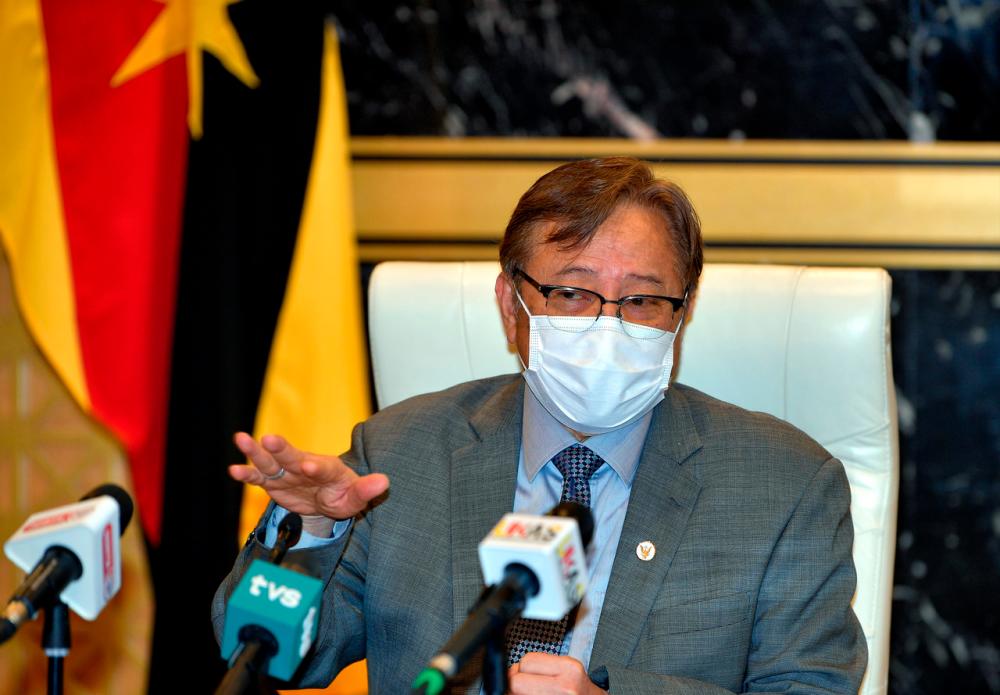 He, however, did not give further details such as when the audience was held.

“Yes, I was granted an audience with the Deputy Yang di-Pertuan Agong and had asked on urgent matters relating to Covid-19... that is all, nothing about the state election,” he said when responding to media speculation that the Sarawak state assembly will be dissolved today.

He was speaking at a media conference after officiating the launch of the Sri Aman Development Agency, here.

The media has been speculating that the Sarawak state assembly would be dissolved today (Oct 21) to pave the way for the 12th state election.

On July 31, the Yang di-Pertuan Agong proclaimed a six-month emergency in Sarawak from Aug 2, 2021, to Feb 2, 2022, in view of the Covid-19 pandemic, thus, suspending the state election for that period.