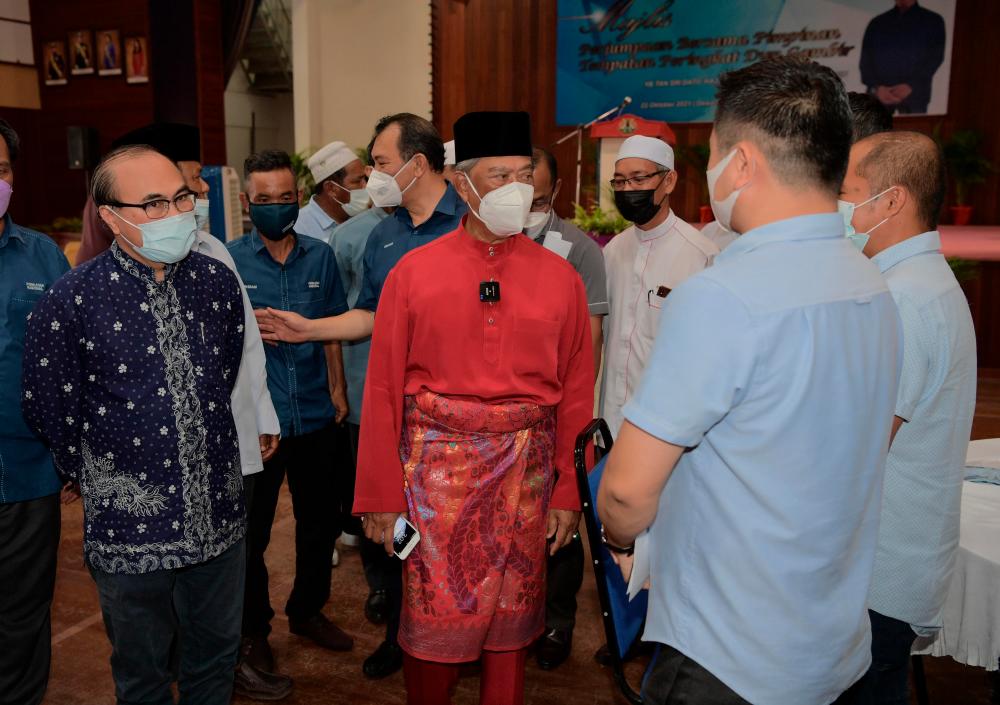 TANGKAK: Stern action needs to be taken against those who refuse to be vaccinated against Covid-19 without proper reasons as the government considers mandatory vaccinations at this crucial period during the country’s recovery.

National Recovery Council (MPN) chairman Tan Sri Muhyiddin Yassin (pix, centre) said although those who refused vaccinations were only between five and 10 per cent, their attitude could affect a larger segment of the public as well as risk becoming Covid-19 virus carriers.

“If they refuse to be vaccinated, they can’t use MySejahtera because you will only be given a vaccination certificate after being vaccinated.

“Wherever we go, even mosques, we are required to scan. In restaurants, we need to scan, coffeeshops also we’ll need to scan, so if they don’t have certificates, naturally it will hamper their right to facilities, whether it’s the right to go to a restaurant, mosque or a hotel. If you want to eat anywhere, using (MySejahtera) is becoming a practice in Malaysia,” he told reporters after meeting local leaders at the Bukit Gambir multipurpose hall here today.

According to him, the government needs to take immediate stern action and not rely on self-regulation only.

The Gambir assemblyman said it was time the government refined the suggestion of mandatory Covid-19 vaccinations as there were still those who refused to be vaccinated after being influenced by unverified news.

“But we have come to the end part of vaccination now and there is a certain percentage of the population who refuse to get themselves vaccinated so now the government has to see what is the real reason.

“We agree to some extent that if you have certain types of diseases or problems that doctors can verify, so it is alright but for those people who do not have reasons...maybe they read many overseas reports that somehow created fear in them,“ he said. -Bernama

Pollard ruled out of Pakistan tour