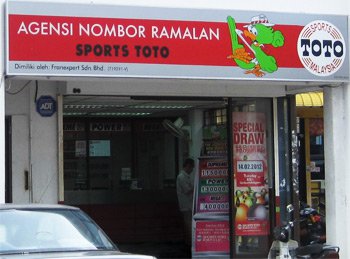 The 60-year-old punter told Sports Toto when collecting his winnings that his pair of winning numbers was derived from the registration numbers of his favourite cars – 8750 and 3250.

“I love my cars and they have become one of my inspirations when it comes to buying numbers,” he said. “I love to play digit games because it is very convenient for me to bet with the 4-digit car registration numbers.

“My car numbers are nothing special but since I love my cars so much, I have been betting their registration numbers for 5 years without fail. It seems that my love for my cars is rewarding.”

He added that to increase his feel-good factor, he would place his bets during the draw days.

His son was the first person who spotted his car numbers among the set of special numbers for Toto 4D during a live draw on internet. His son then asked him to check the live draw results together and both were stunned when the two numbers went up to the second and third prize of the digit game.

“We stared at each other and we were speechless when realizing that we had won the first prize of Toto 4D Jackpot,” he said.

The winner said he would buy a new house for his family and keep the balance in the bank.