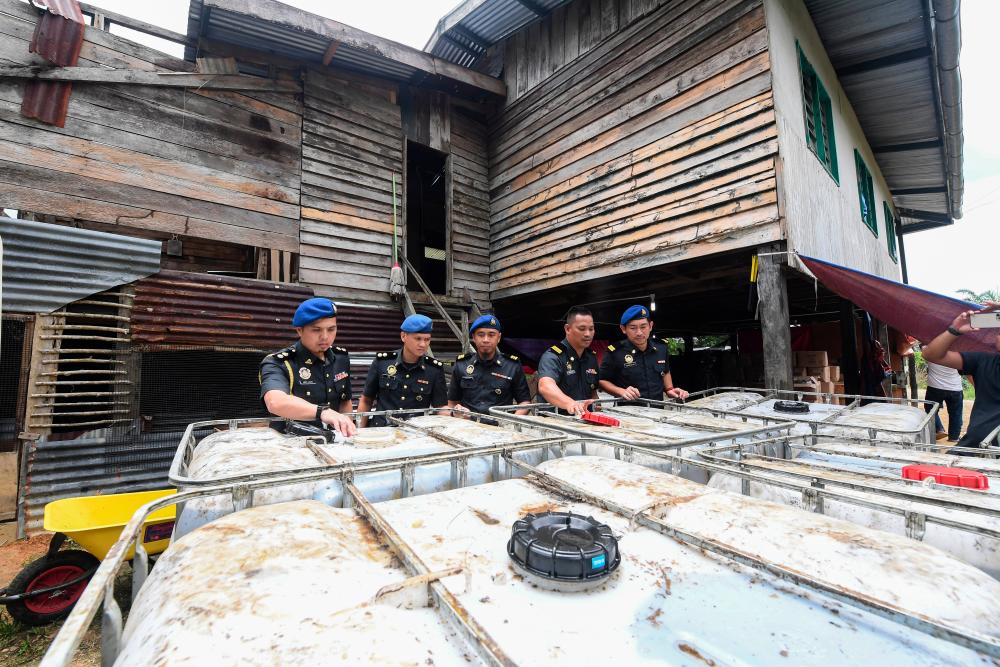 SANDAKAN: The Sandakan branch of the Domestic Trade and Consumer Affairs Ministry (KPDNHEP) suspects there is a syndicate involved in the misappropriation of subsidised cooking oil in this district over the past year or so.

Branch head Azdy Zukkry John said this is following a raid done on an unnumbered house last night, believed to have long been used to store subsidised cooking oil.

“We came to this conclusion (the period of activity) based on oil spills found everywhere in the house. We suspect that this syndicate is very active, especially since the price of the cooking oil had been increasing,” he told reporters at the raid site in Kampung Jawa 2, Batu 12, Jalan Sin Kee here today.

Azdy Zukkry said the raiding team found 15,048 kilogrammes of subsidised cooking oil, believed to have been misappropriated by the syndicate involved.

“Surveillance had been carried out on this house since a week ago. However, no arrests were made,” he added. — Bernama