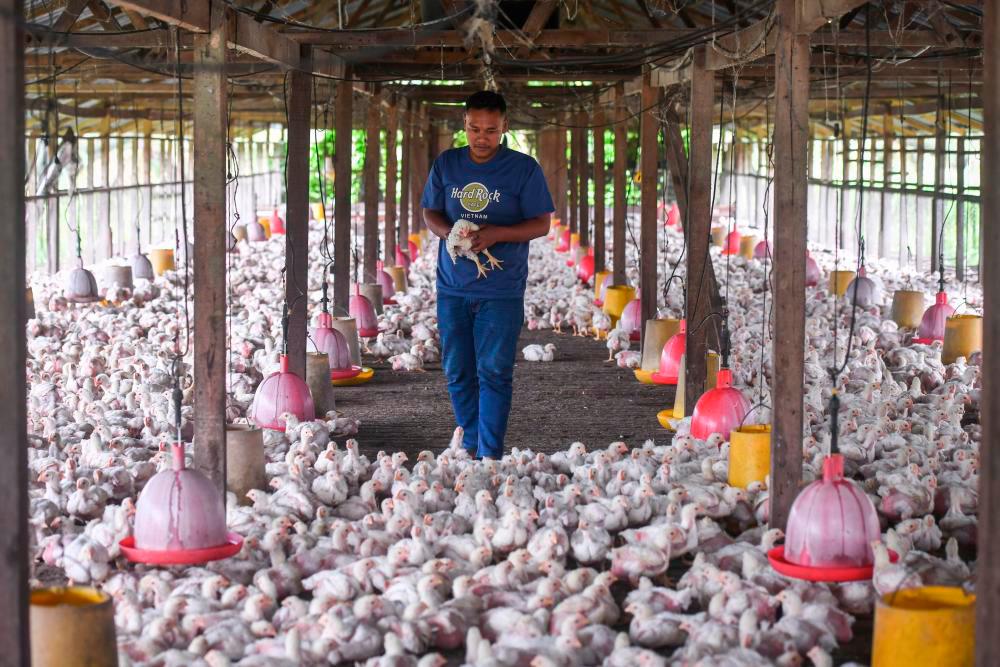 SEREMBAN: The Agriculture and Food Industries Ministry (MAFI) announced that it has simplified the application procedure to expedite subsidy payments to chicken breeders.

Its minister, Datuk Seri Dr Ronald Kiandee said the application and review procedures that were implemented at three levels previously were reduced to a single level, namely the state level, and the approval of payment at the headquarters level.

“Applications previously needed to go through three steps, namely district, state and headquarters level. Approved subsidy payments will be credited to the accounts of successful breeders in a matter of just three days.

“MAFI is committed to ensure the dispersal of subsidies is implemented immediately by complying with the conditions set so as to benefit breeders,“ he said in a statement after visiting a chicken processing factory in Rembau near here yesterday.

He said breeders were required to submit application forms and supporting documents such as sales invoices, delivery orders for the purchase of chicks, and a copy of the contract agreement between the integrator or contract breeders to claim the subsidy within the stipulated period.

On Feb 28, MAFI was reported to have opened subsidy applications to broiler and egg-producing hen breeders until June 6, involving the production of broilers and eggs produced from Feb 5 to June 5.

Ronald said that the government noted that although breeders have begun to enjoy the subsidy, production costs continued to rise, including the price of corn by 13.41 per cent in April while the price of soybean meal increased by 10.57 per cent compared to March.

Therefore, he said proactive action would be continued to ensure the viability of the poultry industry even though the country was facing a continuous increase in production costs, which was a global phenomenon.

MAFI is also studying the need to extend the approval period for chicken import quotas by taking into account the assessment of the country’s supply needs, as the government previously allowed the import of chicken up to 10,000 tonnes per month, including from Thailand and China, he said.

Currently, companies had been given quota approvals for the period from December 2021 to this month and this would be stopped once the supply of whole chickens in the country is sufficient.