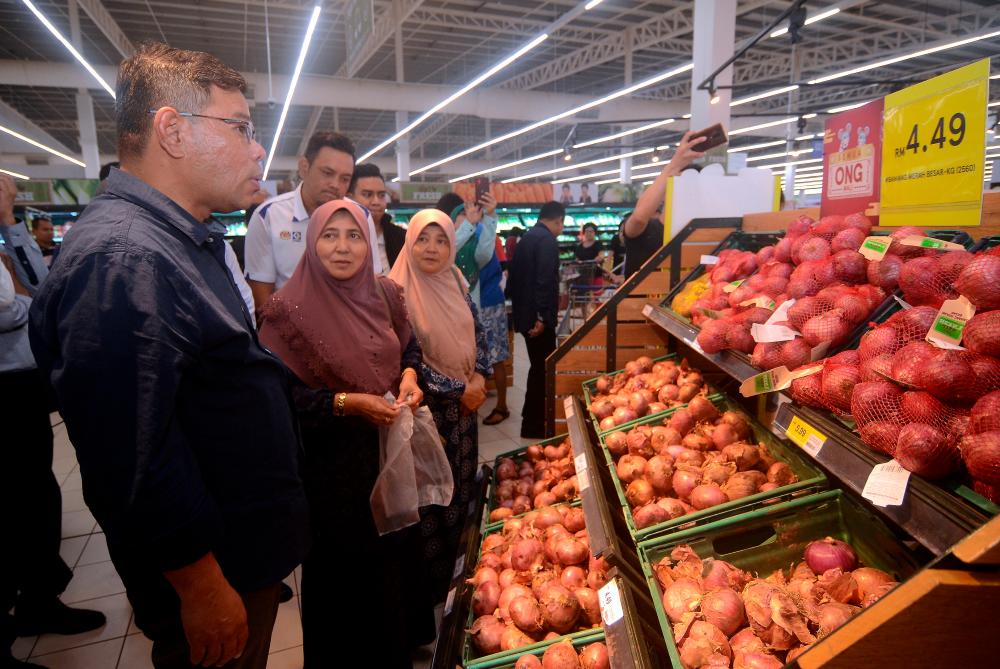 BUKIT MERTAJAM: The Ministry of Domestic Trade and Consumer Affairs has given an assurance that there will be an adequate supply of red, big and white onions for the upcoming Chinese New Year celebration.

Its minister, Datuk Seri Saifuddin Nasution Ismail, said to make up for the shortfall in supply of onions from India, the government was importing more onions from other countries such as the Netherlands, China and Pakistan.

“Although India is Malaysia’s largest exporter, we still have onions from these three countries. I guarantee that the supply of the three varieties of onions will be sufficient until the Chinese New Year celebration,“ he told reporters after launching the ‘Back to School’ programme at Tesco Seberang Jaya, here today.

A total of 150 students received school supplies under the programme organised by the ministry and Tesco.

Saifuddin Nasution said the ministry’s monitoring showed that the trend of rising onion prices happened before the onions reached Malaysia as they were already expensive in the source country.

He said the government was constantly monitoring and carrying out on-premises inspections including at wholesalers to make sure no one took the opportunity to hoard onions and sell them at high prices.

He also directed the ministry officials to investigate a newspaper report about alleged smuggling of onions along the border between Malaysia and Thailand.

The report said questions have been raised as to why many states were reportedly facing a shortage of onions while Thailand’s Padang Besar was enjoying an oversupply.

According to media reports, a kilogram of onions used to cost RM4 but it is now sold at RM12 a kg. - Bernama