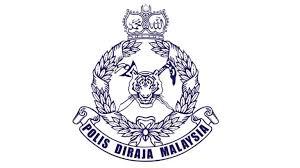 PETALING JAYA: As investigations into controversial dating site Sugarbook.com intensified, its 34-year-old founder was arrested by police yesterday at a plush condominium in Mont Kiara, near here.

Selangor police CID chief SAC Datuk Fadzil Ahmat said today that the suspect who is from Penang was held at the Icon Residence on Persiaran Dutamas at about 4.30pm by Shah Alam police.

He said the suspect had admitted to being the founder of the dating website and investigators will seek a remand order today to detain the man for further investigations.

Fadzil said the man is being investigated under laws of the Penal Code related to soliciting for prostitution and for publishing a statement or rumour which can cause public fear or alarm.

The suspect is also being probed for the misuse of network facilities under Section 233 of the Communications and Multimedia Act (CMA) 1998.

Police initiated investigations into the website after it named 10 public and private universities as having the most students who chose to become “sugar babies” and sought “sugar daddies” to finance their lifestyles.

Sunway University topped the list with more than 21% of the 14,433 students of the 10 universities who were puportedly registered with the website as “sugar babies”.

Calling the website’s actions as irresponsible for the sake of seeking profits, Sunway University expressed its disappointment and lashed out at the website operators after the list went viral last week.