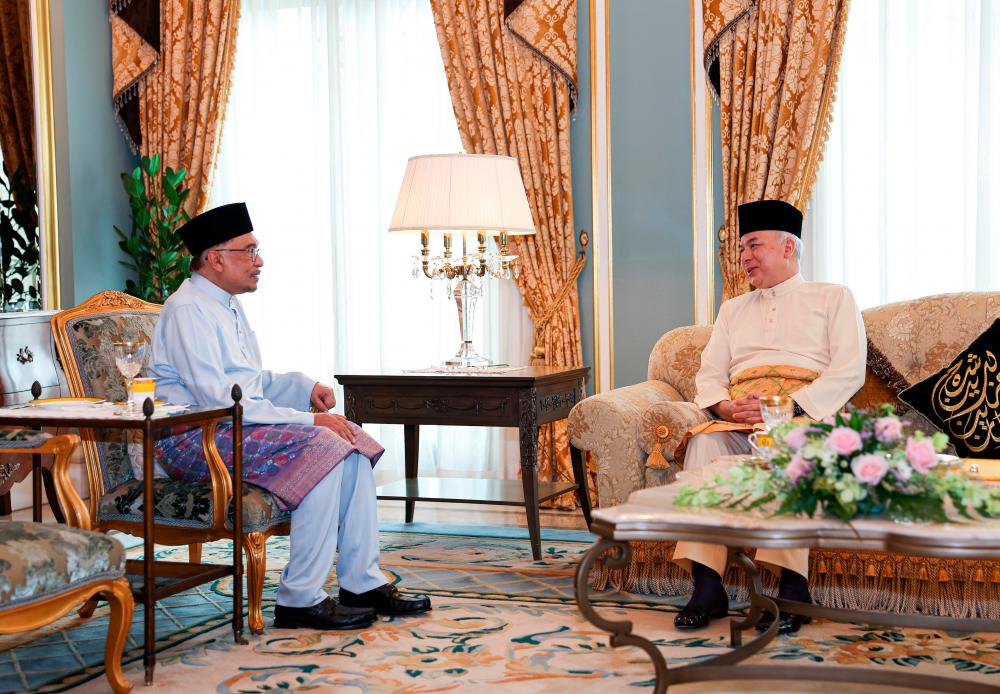 The audience began at 10.50 am and lasted about an hour when the car carrying the prime minister was spotted leaving the palace at noon.

The audience with Sultan Nazrin Shah was the first for Anwar, who is Tambun Member of Parliament, after he was sworn in as the country’s 10th Prime Minister on Nov 24.

Anwar was scheduled to go on a walkabout at the Tanjung Rambutan Market and join the congregants to perform Friday prayers at the Muhammad Al Fateh Mosque in Taman Jati in his constituency before returning to Putrajaya. - Bernama