Superbikers from S’pore almost swept away by floods 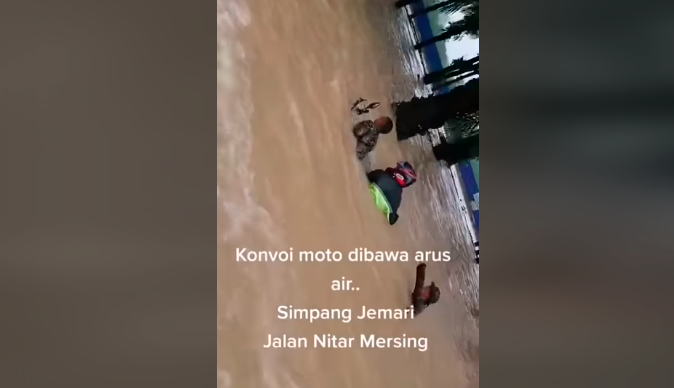 MERSING: A high-powered motorcycle convoy faced anxious moments when they were almost swept away by strong currents while riding through the floods near Kampung Jemari here, yesterday.

Mersing district police chief Supt Abdul Razak Abdullah Sani said based on information, the six Singaporean riders who were heading for Kuantan, Pahang from Kluang were trying to manoeuvre a flooded stretch.

“The riders were assisted by members of the Malaysian Armed Forces who were monitoring the floods in the Kampung Jemari area.

“No injuries or casualties were reported and the group has returned to Johor Bahru,“ he said when contacted by Bernama, adding that no police report has been lodged so far.

Earlier a 27-second video footage showing several people rescuing a high-powered motorcycle with a Singapore registration number, believed to have been drifted away while going through a flooded road, was shared on social media.

Meanwhile, a check by Bernama yesterday found that Jalan Nitar Timur-Pengkalan Batu near Kampung Jemari here was closed to traffic due to floods. - Bernama